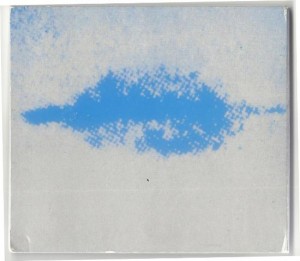 VVV – vicious, vibrating, volcanic. A joint ritual by Alan Vega, former vocalist of the protopunk combo Suicide, and Finnish masters of low frequencies Mika Vainio and Ilpo Väisänen, better known as Pan Sonic. Caution: Listening to this could harm your artificial pacemaker or other electronic appliances.

A nasty start with “Medal”, that despite signalling pacifism sounds like an armada of armoured vehicles attacking. The pressure goes on with witch dance in “Incredible Criminals”, where roughly yelling vocal and darkly hammering machine music try to extinct each other. “Motor Maniac” roars like a large American vehicle – no, not a Cadillac-type street cruiser, but a 1000 HP pull-race tractor. Cylinders and pistons are sighing with Alan’s voice, ready to make a dash with a heavyweight trailer attached.

“No Home Kings” and “Outrage For The Frontpage” are experiments of distorted mind and sound, while slower and easier “Endless” gives room to breathe. Raw power returns in “Fun In The Wonderland” where Vega spits and bares his teeth like a cornered werewolf. The CD’s tenth track starts with sparse percussion, but with echoed voice it grows to a haunting meditation called “Baby Lips”. “Sick Sick USA” is another demonstration of power and in “Disgrace” Vega’s suggestive vocal rules, on almost imperceptible minimal rhythm patterns.

The creations of Vainio’s and Väisänen’s freaky brains have taken a central position in my all-time-top. Cold and steely machine music is their passion and it’s no wonder when they met the urge to do a record with ‘songs’, Vega was invited onboard – it makes “Endless” a special release. In 2005 the same team published another album, “Resurrection River”, on Mego.