After having missed the train of best-of-2014 lists, which took off at the end of November, I still decided for a wrap-up of 2014, doing it in alphabetical order.

For quick satisfaction, please visit the Album Chart 2014 and the Single Chart 2014 at Juno.

Afrikan Sciences. “Circuitous” was for me the culmination of PAN’s year.

Berghain. Experienced it in February. Great sets by Sigha, Perc, Truss and live PA by Ancient Methods. Only too much cigarette smoke. 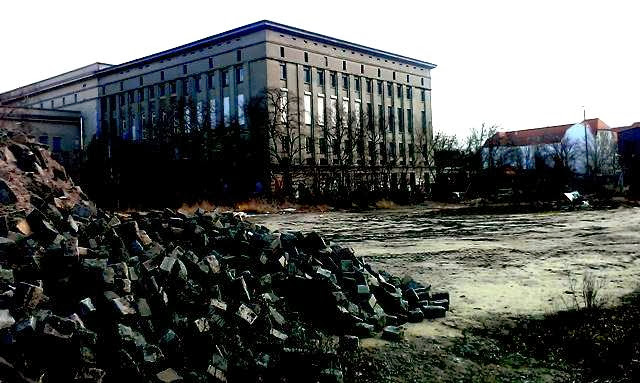 Bordello A Parigi. A special Dutch outlet for getting satisfaction with Riviera disco and sinister electro. Rude 66’s EP was just amazing.

Deep Medi Musik. Although I’m following dubstep only remotely, this label is a fine one. Check the Kahn single at the end of the year.

Dog In The Night. Don’t be scared off by “Pissing On Your Head”, the title of Michael Ferragosto’s recent EP, because the label was a strong newcomer in 2014. My fave: B-Ball Joints!

Dommune and Boiler Room. Truly global DJ booths, respectively in Tokyo and Berlin for a close-up experience of renowned artists.

Ekman. The Dutchman dropped four EPs of furious electro acid in 2014. Got them all.

Fifth Wall Records. Brooklyn based label is a headstrong purveyor of quality techno tracks. The “Giant Monarch EP” did it for me.

In Paradisum. Not only enjoying the kick drum of Qoso’s “Laphroaig”, as the label from Paris delivered a number of experimental techno workouts.

Interdimensional Transmissions. Around since mid-1990s, the Detroit label has gained cult status but may have been underrated in recent years. However, in 2014, BMG and Derek Plaslaiko provided the real and true story of Detroit groove, following up an excellent EP with Erika remixes.

“Irreformable”. A remarkable techno album by Adam X on Sonic Groove, both mainstays of the historical and contemporary techno scene.

Kareem. Industrial techno’s iconic figure unearthed his legendary Zhark imprint with a stunning four-tracker and was part of the excellent “Paris/Berlin” compilation.

Mono Junk. In addition to visiting Tallinn with a DJ set, the founder of DUM Records and a real analog man dropped two great comeback EPs on Skudge and Forbidden Planet.

Parasole, Anthony. Recent EP stands out in Ostgut Ton’s catalog and with The Corner he has set up an acclaimed techo label.

Powell. “Club Music” dominated many 2014 lists but for me the Ancient Methods and Richard H Kirk remixes were the highlight.

Repitch. Ascion, D.Carbone, Shapednoise are a creative (Italian) family standing for techno’s industrial side, affiliated with many labels and artists.

Spaceape aka Stephen Samuel Gordon. A great poet who lent his persuasive voice to many productions. Sadly passed away in 2014.

“Submit X”. Gesloten Cirkel did the electro album of the year.

Tesla Tapes. A label in the forefront of experimental yet danceable electronics.

Underground Resistance. Alone EP, which was officially released in 2014, was one of my favorites of the year. New material by Timeline and Nomadico reaffirmed that UR is living better times than a while ago.

Vainio, Mika. The man, the legend published the album “Konstellaatio” on Sähkö and as Pan Sonic, with Ilpo Väisänen, “Oksastus” on the Ukrainian imprint Kvitnu.

Last but not the least: The list for 2013 is still valid as Ancient Methods, Berceuse Heroique, L.I.E.S., Northern Electronics, Semantica, Terrence Dixon, The Trilogy Tapes and others offered some fine moments also in 2014.