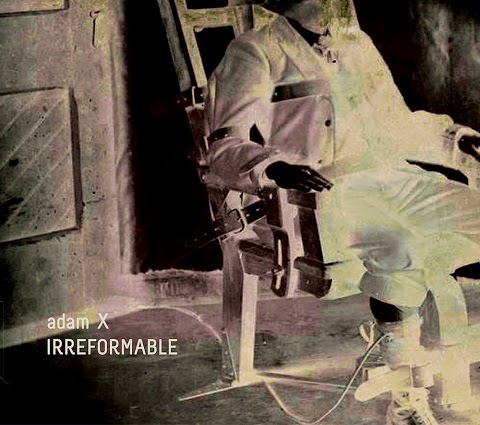 A new full-length by any artist who has been in the business for a while creates mixed feelings. Even if acknowledged for quality output in the past, the challenge of an album is not always easy to take up. However, when learning about the new long player by the Brooklyn-born Adam X aka Adam Mitchell, the feeling of anticipation prevailed over suspicion because techno’s evolution of the last 25 years is unthinkable without him.

Once part of the Brooklyn crew with his brother Frankie Bones, Jimmy Crash, Heather Heart, Adam X has been a rebel since the very beginning. Someone who puts out an EP called “Cannabalistic Humanoid Underground Dweller” or speaks out about scene politics. Adam X has been a controversial person and it might be true that initially anonymous Traversable Wormhole project was in a way Adam X’s undercover mission to trigger a wow-effect in the circles not easily accepting the music signed by the American.

Certainly, Adam X’s artistic career has seen both highs and lows, but despite of setbacks he has preserved the nonconformist attitude to keep the faith in sounds he loves – and it feels here. As a staunch purveyor of industrial techno, he has created a set of entropic muscle tracks to connect EBM, industrial and vintage techno, capturing the essence of machine-made music with ever-present groove factor.

This piece of writing should not look as an obituary because the story is not about a drained battery but about a restless engine behind “Irreformable”. Released on his own label Sonic Groove, it is a remarkable techno album, which deserves closer attention in the end-of-the-year rankings.

Staying away from ambient-minded intros of many albums, the opening monochrome cuts “Interchanges” and “Catenary” still keep the audience in the waiting room before the real showdown begins in “Binary Possession”, a little melody played over a rough ride of synths and eerie whispers. Recalling early works of German label Overdrive, “On The Verge Of Decimation” belongs to the banging part of the album, while in “Sheer Insanity” Adam X grabs the mike again for militant vocal input, reminding about the role of a human controlling the machines.

Reciting irretrievable, irredeemable, irreformable, hopeless, the title track “Irreformable” is another highlight with harsh drums of The Infiltrator quality. “In A Race Against Time” moves closer to the floor while darker undertones prevail in swirling “Tornado Warning” and “It’s All Relative” before digital-only “Small Black Object” rounds it off. In a way, again, Adam X is saying Brooklyn is hardcore.