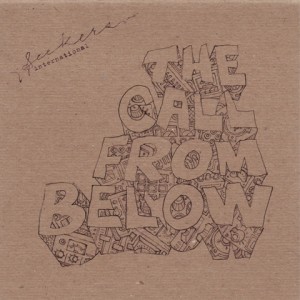 Rephrasing a movie hero: Digitalis Recordings is like a box of chocolates, you never know what you’re gonna get. After excursions to synth, wave, doom or shoegaze it’s time to taste some Caribbean-rooted sweetness with SEEKERSINTERNATIONAL.

Combining traditional sounds from the land of dreadlocks with urban bass and abstract effects, the group underscores its ambition to abstain from an ordinary dub album. And it’s easy to become addicted to the nine tracks: One can feel both the warmth of genuine roots’n’kulcha and the chill of metropolitan concrete jungle.

Starting with dub-coated techno chords perceived in deeper spheres of the rebellious opener “TouchRiddim” we see fro the other side a delicately swaying “DropletsRiddim”, which is like a slow-motion take of Burial Mix series. Closer to vigorous dancehall action are endlessly looping rub-a-dub cut “Stop Motion” and “Large It Up”, a 74-second call to a wicked soundsystem night. After spiritual vibe in “InVoiceDub” and “HumbleWe” the selector is in charge in minimalistic “PlungedLightRiddim” with hiss and decelerated dubs.

While not slipping to the territory of often so-predictable dub techno, SEEKERSINTERNATIONAL is embracing the elements of IDM to enrich the post-Rhythm & Sound era in dub-influenced electronic music. Using all caps is well justified for this essential piece of ambient dub.