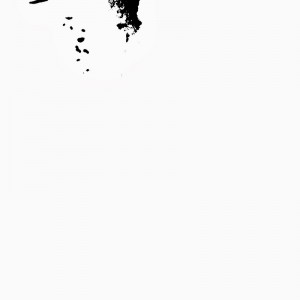 At first glance, “Tia” makes deliberately an odd impression with shaky percussion and electromagnetic disturbance, as of low-end equipment would have been used. But this is just a transient disguise before Teersom’s 12-inch on Sähkö’s sublabel Keys Of Life reveals its very essence and brings deep and fresh sounds to today’s techno.

In “Tia” bruised drum set works relentlessly like perpetuum mobile across twelve minutes. Controlled by eroded beats and refracted loops, “Tia” would be a perfect match to “Space Pong” or “Aquatic” by Berlin’s T++.
The flipside does not release us from the airtight cylinder either when “No” addresses the floor with a solid track which makes good use of claps and PCP-style cymbals, while also some elements of Sähkö’s early releases can be noticed.

Teersom’s exploring and exploding mind has brought to us sick tracks that refrain from techno’s contemporary stereotypes. Having run a rather mixed repertoire from house to synth pop, Keys of Life has landed a real techno behemoth, especially when Teersom’s twin 12-inch has been simultaneously issued with the catalog number Keys Of Life 024.
Hailing from Turku, the birthplace of Sähkö Recordings, Niko Pettersen is pursuing his techno project Teersom since 2011. Pettersen has said Teersom sounding “harsh and cold like the space, still playable in the habitable area of the Earth”. Which makes to expect even more wrenched sounds, for the inhabitable areas.