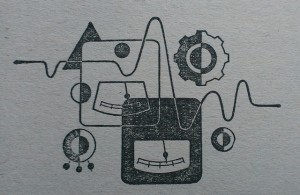 A number of new releases and some oldies in the new mix. On several occasions, I have been tempted to get a release of French jazz wizard Erik Truffaz and the same applies for Murcof, Mexican electronics don. “Origin Of The World”, the inaugural track of their collab on Mundo Recordings is a most suitable opener for “Promos & Classics Vol. 2”, taking the listener to the melancholic world where Truffaz’s trumpet meets ambient. Hot Guts is a Philadelphia industrial wave group and “All Suns” is from their new LP on Avant! Records. Anopolis collective stands for Greek-flavoured acid house and switches on the drum machine to prepare ground for Italians Lamanna & Fire At Work for further corrosive sequences. T.Rex cover “Children Of The Revolution” is a bittersweet greeting from the times when I discovered acid house and Baby Ford is really one of the great names that has survived the decades of electronic music.

Lady power arrives with “Sea Shore Acid”, a badass acid workout by Helena Hauff and “Deathvox”, a grim techno cut from Paula Temple’s forthcoming EP on R&S Records. After his Repitch pal D. Carbone, Ascion lands on Black Sun Records and “Ulm” precedes another trippy fare, “Yggdrasil” by Swedish act Acronym, from a soon-to-come EP on Semantica. Slapping Detroit funk “My Riot” by DJ Roach is one of my favorite cuts coming out of Detroit recently while Samuli Kemppi’s debut album on M_Rec Ltd is marked with “Power Of Voltages”.

“Insectoid” by Ø [Phase] is one of the choice tracks on Token’s new “Aphelion” compilation, followed by classic Orbital with entrancing “Sunday”. After Killawatt’s UK techno slam “Primary Panic”, Relief’s forgotten DJ Boris sends greetings from the mid-1990s with an almost mind-numbing tool, overrun by Ekman’s acidocalyptic “Entropy” from The Trilogy Tapes EP. From Benelux rave archives comes Meng Syndicate’s limping “Lil’s Old” before industrially charged Sonic Groove hits with Orphx’s analog attack “What Will Burn” and Adam X’s “Irreformable”, the title track from the label head’s outstanding full-length. “Augun” by HISS : 1292 is one of the most captivating techno trips in 2014 and the mix concludes with two other rough rides, “Stitches” from Sunil Sharpe’s EP on Trensmat and Makaton’s “Spit To Lubricate”, from upcoming EP on Token.

[The mix moved from Soundcloud to Mixcloud on 24 March 2015]