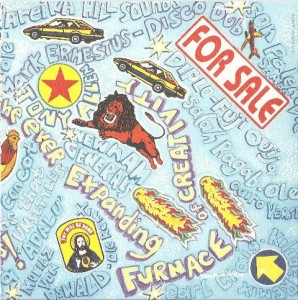 Tony Allen, a long-time companion of afrobeat icon Fẹla Aníkúlápó Kuti and drummer in his bands, does a gig at Rock Café in Tallinn, on 9 December. Along with Kuti, Allen has been a great influencer of African modern rhythm music. In the same, the gentleman who turned 70 this year, has spread the afro message in the European music scene and beyond.
It’s a pity I have only fragmented knowledge of Allen’s productions, essentially limited to one CD I would like to share with you before the concert.
Issued in 2008, the compilation “Lagos Shake: A Tony Allen Chop Up” (Honest Jon’s Records) summoned many musicians who are fond of Allen’s talent, to contribute with new versions or remixes of Allen’s songs.
One can’t deny album’s sunny atmosphere that attracts people the fill the floor with dancing feet. Closer to Allen’s roots are the versions by Hypnotic Brass Ensemble, Wareika Hill Sounds and some others, while we also hear samba and genuine West African party rhythms.
Detroit producers are represented by Carl Craig who did a jazz-house-sounding interpretation of “Kilode”. Hard Wax man Mark Ernestus added Basic Channel’s delicate dub to “Moyege” and the same did with “Ole” Moritz von Oswald, stretching it to a 11-minute dub techno piece. Grime and electro treatment was given by Newham Generals.
A bright-sounding but also deep record that pays tribute to Allen’s and afrobeat’s heritage.