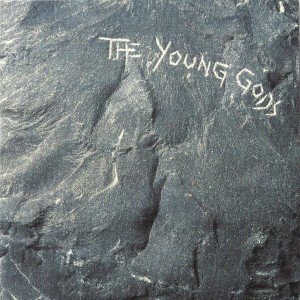 Finally in 1987, I discovered that Mireille Mathieu, the lady with famous pot haircut, and Joe Dassin were not the only artists singing in French. And it was a rude awakening when The Young Gods hit the stage with immense charisma of the singer Franz Treichler, assisted by Frank Bagnoud on drums and Cesare Pizzi on sampler. They were not even French but Swiss and that in a proper way, representing country’s three main nationalities.
They have been electronic punks of the rock scene with music that is difficult to place on the dancefloor. In fact it was “Did You Miss Me”, a Gary Glitter cover sung in English, that I heard first. Real power and passion was found in songs like “Nous De La Lune”, “Jusqu’au Bout” and others. TYG had a new album out last autumn, “Everybody Knows”, where Treichler is the only original member of the band.