Music for free: Streaming is believing 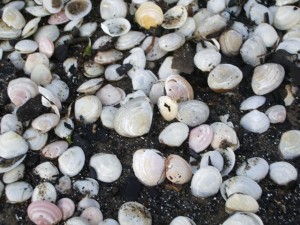 Legowelt’s recent stunt to offer free download of his album “Teac Life” seemed a compliment to his long-standing fans. It was as unexpected as was subsequent news of the same album being pressed on quadruple vinyl, seeming a silly kind of luxury after the content was, and still is, shared for free. Though, I don’t believe the vinyl freaks and Legowelt’s true fans will let the LP package gather dust.

But it’s not only about Legowelt. It works as a good example where the music, ahem, industry is going to. An increasing number of artists, and not only those seeking the very first recording deal, allow streaming of substantial parts of their releases on Bandcamp or Soundcloud. Given the state of the wired world one can easily fill the living room with new music without paying a penny for it. Also free downloads of selected tracks are more common in order to introduce a release.

Here starts the paradigm shift – either falling in love on the first streaming or discovering the qualities of the release later, the “buy” button will be hit if the music is convincing. The purchase is even more likely when the release comes out on quality vinyl pressing with great artwork.

This form of promotion is for brave ones, artists who believe having put out music that wins hearts and minds. Musical test drives might sound naive in the world of Internet piracy where the artists are stolen of their work and income. What’s free is free and nobody gives a damn, or? Obviously we can’t fight the piracy overnight, but self-confident artists can offer free rides to strengthen and expand their “client base”. Maybe even some of ripping-zipping morons would be reverted back to normal world.