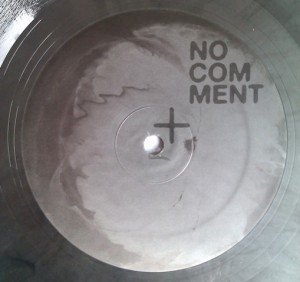 Abdulla Rashim, Stockholm’s enigmatic master of droning deepness, has taken on a remix duty for Albert van Abbe’s label No Comment. The result is outstanding: equipped with a dubbed-out loop, gentle percussion and hi-hats, Rashim impressively wanders in lunar dust. Albert’s own 10-minute “NCS_5600200512 [V2]” convinces with bass throb and electro particles and “P4S_88880003” is a quiet scream of drone monster.
So another great release promised from the label, which in addition to Albert van Abbe brilliance has succeeded in attracting impressive cast, like Heinrich Mueller, Convextion, Sleeparchive and others, for guest appearances.
Rashim’s summer plans are not limited to this: “Weldiya”, his debut on Prologue Music, is expected at the end of June. Meanwhile “Asayita” and “Gizaw”, first two releases on his own imprint, have been restocked at several vinyl sellers.