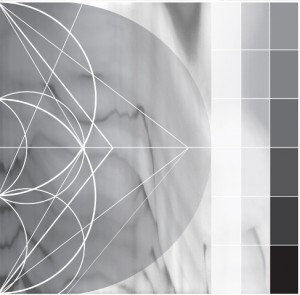 With the first album “Progress Chance” Ricardo Donoso, born in Rio de Janeiro and living in Boston, propelled into the consciousness of synth-crazy audience with anti-gravitational tunes for inner-self explorations. So after the splendid debut Donoso might have felt pressure in anticipation of “Assimilating The Shadow”.
Adoring the debut, the second LP has been for me the most-awaited Digitalis release this year, and have to say that the result is astonishing again.
Donoso continues to paint luminescent soundscapes, offering throughout “Assimilating The Shadow” meditative moments for a soundtrack of optic illusions. Actually no weak links on the vinyl double pack of 10 tracks, to be made available on CD/digital too.
The real highlights are emotionally laden “Chemical Structures”, a reflection of the basic elements of human life reminding a bit of Freak Electrique’s “P.H.A.S.E.R.”, as well as “Probing” with more vigorous notes. The ten-minute “Reflection & Rotation” climbs up to the peak of synthetic bliss, while modern romanticism meets the spirit of Sherwood Forest in “The Bow And The Lyre”. A prime example of crisp and clear sound processing is “Equivalence Of The Thirteen” and, given the one-hour length of the album, slightly modulated drone “Empathy Gap” is for taking a deep breath between intensely zigzagging synth patterns.
Since the invention of music-making machines the mankind has seen and heard synth records in excess, but Donoso’s magnificent compositions tell that the genre has not reached the limits. By skillfully combining percussive elements with sultry layers Donoso avoids sinking into the genre’s new-age-esoteric-lounge periphery. An essential release celebrating harmony and humanity.