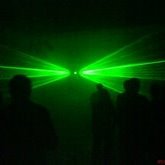 Detroit’s Terrence Dixon is the undisputed champion of the Terminal 313 Juno Chart for October. Both the vinyl and CD versions of the “From The Far Future Pt. 2” are strong statements about the persistence of Detroit’s traditions and Dixon’s distinctive programming.
On the second spot is Muhk Music, a new label based in Sweden,  which made a brilliant debut with Matti Turunen‘s “Elokuu”.
No idea why War Easy Made is called as it is but the German label treats the dark techno faction with sub-bass in “The Internecine Truth”. Metasplice from Philadelphia, USA tests on Morphine Records again the cyborg ballroom with “Decant”. Solid techno in “The Nippon Express” by the Japanese artist Imugem Orihasam deserves attention too and Luke Slater continues shifts as Planetary Assault Systems with “Deep Heet Vol. 3”. Ricardo Donoso, Abdulla Rashim, Riviera and Alien Rain round up the Top 10.

Direct link to the chart is here.