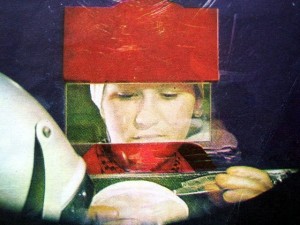 Long-long before operating in the cyberspace as Terminal 313, the owner of this blog was deeply involved in the techno scene of Estonian university town Tartu, and later also in Tallinn. Performing with my friend as Deka & Free sound system we delivered numerous hardcore and acid moments to the crowd from 1992 to 1994.
My later gigs as DJ Deka were rather rare and stopped entirely around the year 2000. Now after a long hiatus a young promoter Hugo invited the old warhorse to a comeback in September this year. It was a bit shaky after such a long break but still a lot of fun.
Now, just about a week before the second edition of Mürk, I decided to reconstruct a condensed version of the set. Here we go.