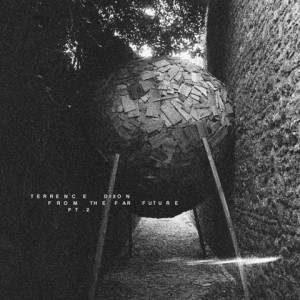 Ever since 1995 when Terrence Dixon created the genre-defining “Minimalism” on Detroit’s Utensil Records, I have closely followed his progression in the world of techno. After a timeout at the end of the last decade he is now operating in full capacity. The year 2012 has been very prolific for Dixon with a number of new releases or reissues, on Harbour City Sorrow, Delsin, Chronicle and other labels, either under his own name or under Population One moniker.

On top of that a new album is out on Tresor with the vinyl and CD versions being largely different having only three tracks in common. The vinyl was announced as more floor-friendly and I opted for that first, to purchase the CD afterwards.

The notion floor-friendly asks caution because with a few exceptions Dixon’s output has never been too simple and accessible. Even in the presence of distinct rhythm structures his tracks often emerge from the haze of abstractionism. Also in the slapping opener “Light Of Day” he does not deviate from this approach, guiding proton showers across the spatial fog of Andromeda and adding lush chords to the bass-driven composition. The same is largely repeated in the album’s longest track “Dark City Of Hope” (Dark Mix)” which, through the prism of sublime darkness, pumps new fuel to the dance floor.

“Sleight Of Mind”, in turn, is a jazz-tinged polyrhythmic groover and in “Horizon” hi-hats merrily join electric piano loops for a tropical setting. “11th Floor” moves closer to mid-tempo using Basic Channel aesthetics for a shuffling and booming techno cut. “Band Together” merges manipulated human voice and raw groove reminding of classic Tronikhouse and “The Study” examines the oceans and forests from above. For the conclusion we lift off with crisp and transparent minimalism of “Fountain Of Life” which provides another example of Dixon’s ingenious analog programming.

By sound architecture it’s a harmonic and streamlined achievement and a strong statement about the persistence of Motor City. Terrence Dixon is very much in the frontline of producers keeping the spirit of Detroit alive. Probably the best techno album(s) of the year.

Fully streamable is the the CD version: