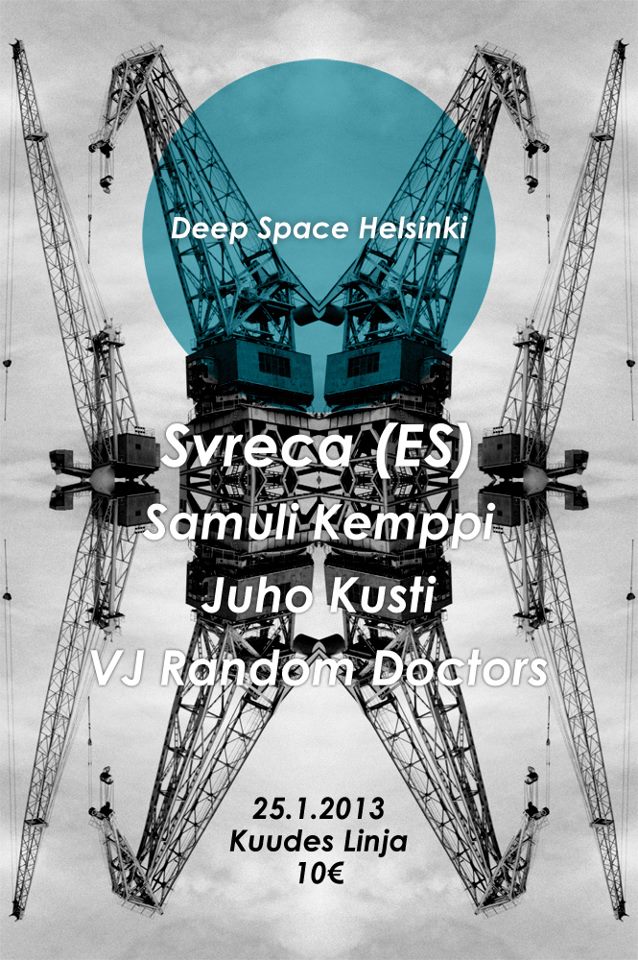 One might say: Techno, oh yes, we know all about that but in fact it’s constantly re-inventing itself. Another proof was given when Svreca, the head of Madrid label Semantica, dropped DJ set at the Deep Space Helsinki (DSH) party along with DSH residents Samuli Kemppi and Juho Kusti.
DSH is a label, radio show and event organizer run by purveyors of the techno culture in Finland who summoned the scene to the Nokia Factory at Kallio District in the Finnish capital.
High-end sound system and cozy venue with two bars and Heineken costing €5.50 led DSH heads to a vibrating night.
When arriving shortly after 22:00, the party was already on with Kemppi decorating the room with dubby soundwaves.
Thereafter Juho Kusti started to pump it up and the room’s largely unpopulated state gradually changed when Helsinki youth started to fill the venue closer to the midnight. The repertoire spanned from Truss’s “Auden” to some deeper chords and the Finns did not care about any shift restrictions when they were virtually spinning back to back and having great fun of it. The excitement was building up and hi-hats were cutting the foggy air and bass took prominent position on the floor.
Svreca, who had been unfortunately parted from his vinyls during air travel, had to opt for a digital set, which really did not matter as he held the crowd in a firm squeeze. His aim is to go to distance from the ultra hard fare which has been popular in Spain, for deeper and more mental sounds and it’s something he did. A thriving set by the Spanish mastermind, followed by further sonic interaction by the Finns. All three DJs looked really happy and amused in the booth and it really told us that podcasting might be fine but live action always beats that. A great night.
And last but not least some news about upcoming releases. In the pipeline on Semantica is one-sided “Bondegatan”, another Sweden-themed track by Svreca, this time in collaboration with Abdulla Rashim:

But the Finns are not sleeping either: “Signal Two EP” will be published on Deep Space Helsinki label in February.