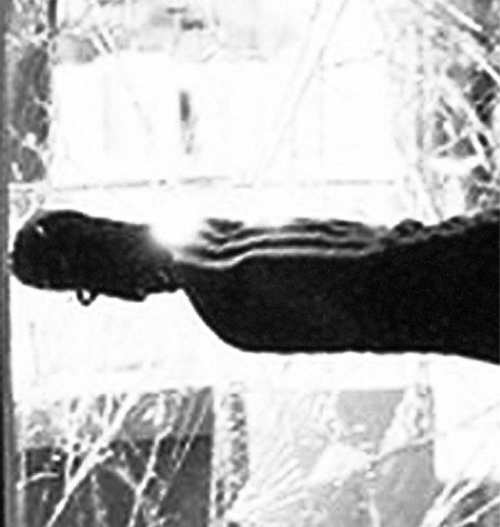 Bethany DeMoss aka Skirt is becoming a frequent visitor on Semantica if we only recall her collaboration with Svreca and one-sided vinyl featuring the first part of Shifted’s remix of the theme “Tumulto”, of which the Madrid label now prepares three additional tracks.

For the start it’s Skirt herself underscoring her expert touch for beatless sounds, to a certain extent known from the Horizontal Ground releases. Now she unveils the original “Tumulto” with a long stretch of orchestral drone moving over the icy tundra with Arctic winds biting like a razor blade, taking us gradually to the dark ambient territories.

The uproar episode with tear gas and rubber bullets is staged by Yuji Kondo from Japan with shredded beat and human exclamations. It is an expression of truly cold soul of machines and an impressive techno tool for the crowd control. Thereafter Shifted, for the second part of his remix duties, has descended to the engine room to fiddle on the steam valves for a composed loopy techno cut.