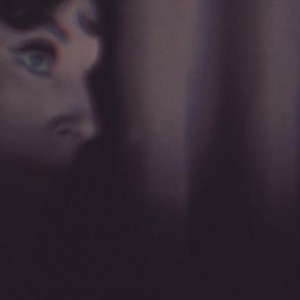 Techno fashionistas believe that violet is en vogue this season. Actually the first indication about the trend was seen last year when Violet Poison brought out a selection of Violetshaped remixes by the dark side specialists Vatican Shadow, Roly Porter and Kangding Ray. Original mixes of that release along with the new material are now out on an album encompassing eight cuts on double vinyl.
Violetshaped itself is a collaboration of Shapednoise, Berlin’s hardliner at the helm of Repitch Recordings, and of an unknown identified as Violet Poison. Now with percussive and dark “Violetshaped LP” the act has created a monumental piece of machine-conceived music.
From the ultra fat side come bass-heavy cyborg stampede “The Lord Won’t Forget” and most floor-friendly “Delusory Parasitosis”. However the toughest moments are spent in the company of “cX310”, a Pan Sonic-reminiscent evil stepper emitting the last sighs of a discarded ocean liner undergoing the scrapping process in the Third World’s coastal waters. “Out Of Any Symmetry” puts on extra weight for a slow industrial burner, finding a kindred spirit in “Spectral Nightdrive”, seeking subtle harmonies amid distortion and rude bass. And it’s time to close the eyes after the drone attack “Anesthesia”.

Given Violetshaped’s brief history the album sounds surprisingly mature and finely produced. Allegedly inspired by the Italian horror and freak movies of the ’60s and ’70s the cinematic touch is not prevailing and the experimental side is in the fine balance with body-shaking arrangements.
Gripped by pneumatic beat and intoxicating drones it contains elements of raw simplicity of the rave age squeezed between bass and distortion. Despite of macabre undertones and murky artwork the LP is not another morgue-smelling creation but sophisticated sound collage for the industrial age.
Shouts go out to the kind folks at The Quietus for making the LP streamable in full.