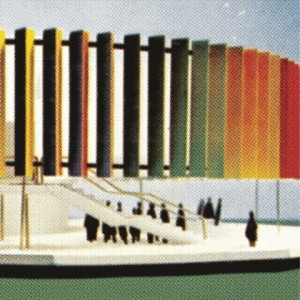 If a release is called “Spectramorphic Iridescence” one can expect commuting in scientific trails between the campus and the physics lab. Especially when the album is by [PHYSICS].
Lush synth waves penetrating the room in “Anodyne Dream” are slightly misleading because the following compositions derive from floating wellness music and seek more complex structures.
Already “Gender Amplification” opens up to oscillations, swaying drum patterns and broken vocal samples. Short “Random Water” is a melting pot of ambient house and free jazz while synthetic drums in “Isosceles Trapezoid” lead us to indigenous tribes dwelling in “Emerald Forest” or in “Hydrazine”.
Synth layers emerge once more in “Realization” and after the luminsescent “The Grid Vanishes” the work finishes with polymeric lullaby “Ultimate L”.  Another recommended release by Digitalis.