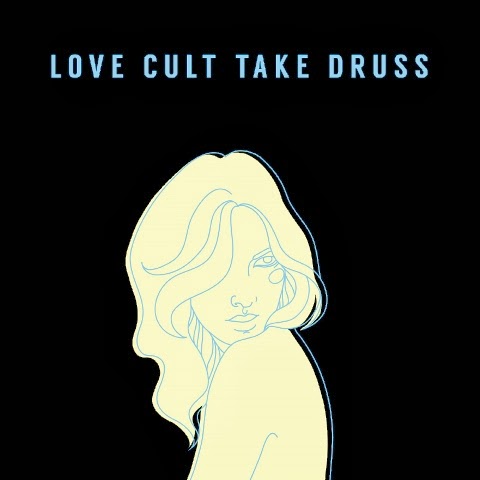 “Yr Problems” proves how experimental productions can go beyond sheer noise and dissonance. By using human voices, stealth rhythms and exciting timbres, Love Cult and Druss come up with a release full of twists and turns.
About the artists: Love Cult does not refer to the followers of a self-proclaimed prophet from Mojave but it’s a project of Anya Kuts and Ivan Afanasyev, two musicians from Petrozavodsk who run Full Of Nothing label out of Karelia and are touring seven Russian cities in March. Druss is Paddy Shine, a member of Manchester’s experimental psych group Gnod, to make his second appearance on Irish label Trensmat. In addition to the collab tracks, both artists contribute with a few solo numbers.
Love Cult opens with static drone shoegaze “Black Pines” but the title track turns the new page to pixie murmurs and electronic effects. In “Nothing Makes It Real” processed voices reappear on crackled and swaying electronics, before one of the highlights, Love Cult’s “Landing On Fires”, is a pixelated take on dub techno, stirred with remote church bells, space station intercom, dog barking and Russian poetry.
“Thirst” by Druss declares the state of suffering with delayed noise waves while “Nonplusultra” brings some brighter notes. Broken beats and metallic vocal sample lend “Death Forever” a post-jungle feel while “Hunger” is marked by ear-damaging drone and fragile background textures.
While maintaining pulsating undercurrents of Trensmat’s recent catalog, “Yr Problems” offers a wealth of variations across eight tracks, all pressed in blue transparent vinyl with two digital extras being part of the pack. Next in the pipeline on Trensmat is an equally exciting oeuvre, Stefan Jaworzyn’s LP.