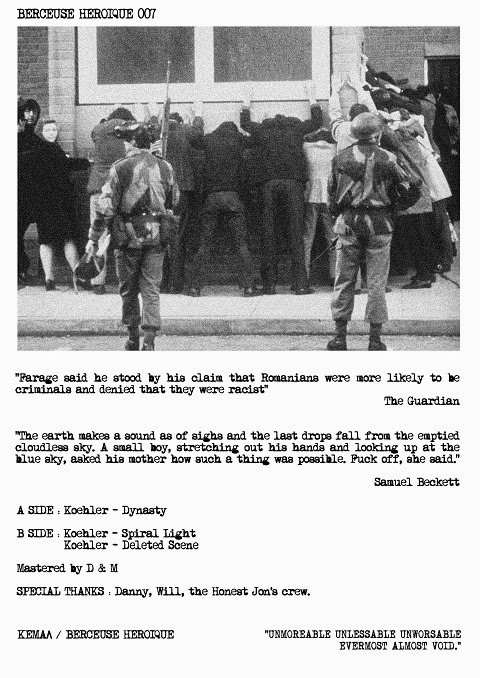 “Dynasty” used to be a TV soap in the 1980s, featuring housewife idols John Forsythe and Joan Collins and none of those long-haired eccentrics keeping the contact to the ordinary world. The attitude of the UK producer Koehler is just the opposite when creating his own “Dynasty” and landing on Berceuse Heroique after old school appearances for Skudge and R-Zone.
Crunchy and deliberately dusty synth sequence rolls across the title track while electro-futuristic “Spiral Light” sports a fluorescent riff and relaxed drum set, making it the most engaging track of the release. Pad delays and female whispers in “Deleted Scene” are familiar from 1990s hard trance intros but the track itself is actually a two-minute outro. Suitable for the ordinary world but does not knock the socks off.