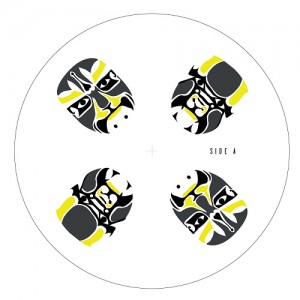 AD, HH, SS, DC – this is a cryptic way how the Brothers label describes the artist lineup, which stands for well-known producers from techno’s noisy side. The story is built around Manchester duo AnD who have teamed up with three remarkable players for the label’s sixth release.

“Dead Hush” is AnD (AD) track with Headless Horseman (HH), built on morose compressor beats as suspected. At the four-minute mark the whispers of black-lipped fairies start a fadeout process before the bass throb reclaims the spotlight. Sunil Sharpe’s (SS) “Security Breach” is an acid-contaminated tinny pounder, followed by winding and scrubbing  “Sonic Erosion” that reflects techno’s attractive ugliness as defined by D. Carbone (DC).

What I like the most in “Brothers 006” is that the artists refrain from sounding ‘hard’ at any price and keep the groove in the mind.