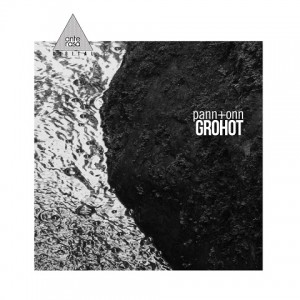 Released on the very first day of 2015, “Grohot” stands for very loud New Year fireworks the Serbian way. Brought to us by Belgian imprint Ante-Rasa, the five-track digital EP boosts the heart rate of anybody in love with harsh beats.

Serbia may not look like a hotbed of harder electronic music but industrial has some traditions in the Balkans, which are not limited to Slovenia, to Laibach and its consorts. For example, Ancient Methods has had many recent gigs in the region and rounded off the year 2014 with a performance in Belgrade.

In “Grohot”, doomed knights line-up for an all-or-nothing fight when pann+onn shows clear understanding of the floor appeal and does not fall into dumb noisemaking. The opener “Danube Holds Secrets” sets the mood for the EP’s absolute highlight “Landscapes Of Fire”, an adrenalin rush to become an approved companion of Ancient Methods or Kareem tracks, while “Arranger From The Shadows” is a deformed kind of ambient.

Another thrilling piece is “Black Heart”, the rhythm pattern reminding of Adam X’s “Irreformable”, and “Face It” wraps up the thing with further vigorous beats. The material would sound even better in heavy wax and it is a pity “Grohot” belongs to Ante-Rasa’s digital series (with catalogue name ANTE) and not to the vinyl one (RASA). However, I believe this is a beginning of a beautiful kinship.