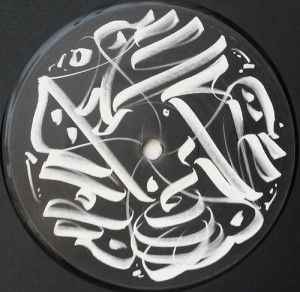 Already Dez Williams EP with remixes by Bintus and Ekman indicated serious ambitionst of Bedouin Records, a label based in the United Arab Emirates. The next alert comes from Ekman, conducting corrosive experiments in a gritty five-tracker expected in February. The Dutch electro acid producer had an exceptional year 2014 and “Gödelian Argument”, the most septic offering in the Bedouin catalog so far, promises further tremors on the floor.

Already the sound clips give a clear evidence of an excellent offering. “Quantitative Matter And Motion” starts as dirty as it can be, with overdriven bass line and evil undulations we know from Ekman’s Panzerkreuz and The Trilogy Tapes material.

At first instance drifting to more minimalistic, dubby realms, “Implausible Inconsistency System” is soon exposed to another mental synth assault, and the next one, “I Am Not A Turing Machine, You Are”, does not bring any relief either.

A feast for top-end sound systems, “The Consciousness Of An Anthropic Mechanism” is an eerie distorted mindf*** while the title track “Gödelian Argument” stands for hardened electro boogie with violent turns and convulsive bass. Dark and powerful tracks.