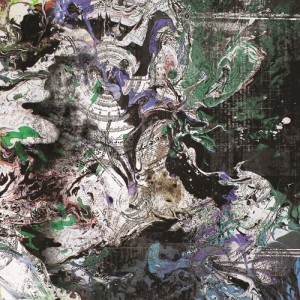 Noiztank’s inaugural repertoire promised a new addition to the saturated market of industrial techno. The armoured outfit from Vienna launched the robust factory noise offensive with two releases by the label’s co-founder Zosima. After the EPs “Tears Of Black Powder” and “A Lady From Siberia”, the latter featuring a remix by Kareem, Noiztank continues with abrasive techno tracks by Damaskin.

The Belgium based artist, who debuted with a torture chamber session for Unknown Percept and played safe in his next release, goes ahead with grainy electronic escapades to bring Noiztank closer to techno’s core structures.

All four tracks are produced with floor domination in the mind. The opener “Propaganda” excels with shrill sequences to create a semi-acidic feel while shuffling stomper “Ancient Communications” addresses primitive instincts. “Entrance” rises from a minimalist backdrop and thin textures to a full-fledged acid journey of nine minutes and the noisiest moments arrive in “Catacomb”, a light-shunning creature from beneath, which reminds of Holy Ghost’s material from the 1990s.

Sufficiently dirty, like a wasteground scene with burning plastic and toxic spills, yet groovy is “Ancient Communications”, Noiztank’s and Damaskin’s best release so far.