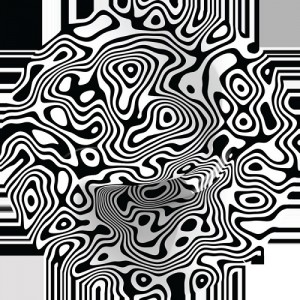 Both twelves reflect the producer’s proper homework in dance music history, which serves as a good basis for the tracks reanimating the fiery side of Chicago’s (post-) acid house. When going by catalogue numbers, M-011 begins with the eleven minute ride “The Real Melbourne House”, which is a red hot 2015 take on “Acid Tracks”. After getting off the blocks with snare drums and claps, sodden narrative and tweaky sounds bring us to the second part full of intense acid programming, soaked in electro juice. “Acid Stakan” succeeds the album’s booze-themed cut with bass lines hovering between A Split Second’s “Flesh” and Tyree’s “Acid Over” and the B-side hits with a whopping 14-minute cut “Never”, an euphoric acid stomper of 14 minutes, spiced with robotic reverse vocal bits.

Running at forty-five RPM, M-012 is a more addictive affair and no wonder it’s quickly showing low stock at retailers. “Chasing Away The Night” offers ten minutes of captivating syntho-dance and it’s either a remix or mashup of “Heteronomous”, a Jacob Korn and Sneaker track from 2012. “Charming”, a toxic disco cut with wrenched bass lines, is under the influence of Green Velvet’s abduction theories and the story closes with jacking “Perron”. Although containing familiar ingredients, two new releases are exceptional products from a quiet hero.