In defense of boring techno 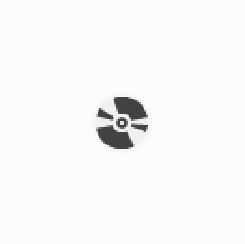 The pile of dance vinyls released annually may not equal the height of a skyscraper, but it’s getting close. Select ‘new releases this week’ at a large online retailer and you will get dozens of hits for techno vinyls only, for all genres it could be well over 200 and then add all these terabytes from the digital side.

No wonder it brings along furious fights for attention and public acceptance – the labels and promo agencies drop keywords like ‘mesmerising’, ‘unique’, ‘mysterious’, ‘out-of-the-box’ when praising new releases. However, several, if not the majority of the tracks are duplicates of the music we have already heard, short of any wow-effect, except for those who haven been recently living in a techno celibacy.

I strongly believe that no ‘underground’ artist would deliberately produce unspectacular tracks, only the outcome depends on the amount of inspiration and/or talent applied. If all is done in good faith, we should not immediately criticise those who are failing to produce music with a longer life span.

Because there is obvious demand for ‘boring techno’, for generic, unoriginal tracks to dance your a** off. The clubsphere is like a gigantic fast-food chain, demanding fresh produce, which will be quickly swallowed. Even simple copycat tracks have their purpose in the electronic music ecosystem, to fill the DJ bags and flash drives to cater the crowd with the new music.

Thus we should not expect club wonders all the time. Instead, just relax and feel the beat.