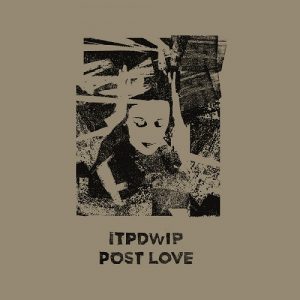 Brokntoys is a label I should have coveted long before spotting Marco Bernardi’s “Spoken Word Of Lie” (2015), because in retrospective many earlier works of the London-based label sound terrific too. I would not be walking alone with the claim that Brokntoys can be found in the forefront of current electro movement, when it puts out impressive tunes by Luke Eargoggle, Dez Williams, Microthol and others, quite often in the format of mini compilations.

After Dan White’s “Digital Physics”, there is another solo release coming from the label, “Post Love” by ITPDWIP. Behind the acronym is Greek producer Vladimiros Peilivanidis who also uses aliases Heinz Kammler, Soviet Space Research Institute or Tvarj Cna. I missed his last year’s EP “Anachronism”, but the fact that it came out on Frustrated Funk speaks for itself.

ITPDWIP’s opener, “Taking An Already Taken Decision” is carried by glistening sound particles that make it a strong contender for the most beautiful electro track of 2016. Floating synth variations under melancholic veil are complemented by a voice humming along during a stroll in nostalgic places.

Despite stronger bass presence and house-inclined nonchalance, “Dolphin’s Cry” is somehow running low on batteries before being saved by Electronic Warfare style shimmering synth line after mid-track. For the end, sub-bass sweeps all pieces into the right place in “Haguenesse Wind”, a warm and skewed electro tune that rounds up ITPDWIP’s hearty interpretation of post love.