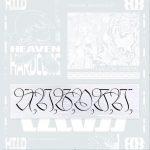 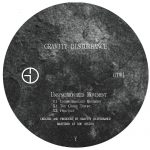 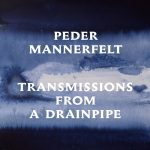 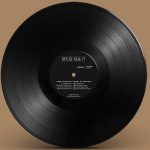 For me, Electric Deluxe’s output has remained unnoticed recently but the Scottish techno tandem Clouds restores my faith with a strong double pack that will be published on the same day when the label’s Warehouse Edition 2016 closing event takes place in Amsterdam. The A-side is about techno rage when Clouds are conducting a thorough body check with two hammering tracks, “Dinner At Skinjaâs” being a real ‘mardröm’ of the two. The B-side comes with breakbeat hardcore and sort of post-dubstep weirdness (“Fallout”,”Floatation Advice”). On the second slab of wax, “Knuckles Heavy Vanguard” is an out-of-the-box fat burner and 2 a.m. crowd will be charmed with “Panosonics”, while D-side gets more abstract. Would consider adding it to my collection.

The debut of the Spanish duo Gravity Disturbance has been in the making for a while because three tracks at 130 BPM were written in 2014 and in many parts it seems inspired by Giorgio Gigli’s output. Ethereal sequence keeps the otherwise droning 10-minute title track over the water while “The Chaos Theory” offers steely suspense and my favourite “Fractals”, with acid trance in its DNA, would be hailed as an uplifting saviour when a 4/4 set turns dull.

Peder Mannerfelt’s new EP makes the impression that it’s a set of bonus tracks that could not make to his recent album “Controlling Body”. Somewhat surprising is the opener that promises strobe action in a warehouse with the title “Joan @ The Rave” but turns out as a quiet beginning, sounding like a glitch version of Vainqueur. “Public Images” is a stout bassful stomper with slicing synths and Ilsa Gold-type sped up vocal sample, reminding of the album track “Her Move”. “Request Lane” opens with strained post-Plastikman synth, limping along in experimental room and for the end, in “Blog Kept A Growing” synthetic female voice  ‘process’  with subtle minimalist percussion and a random set of noise excerpts.

Squaric is a rather new artist who likes pseudo-Scandinavian track titles and his first vinyl release on the Spanish label Diffuse Reality features Squaric’s two tracks, stepping factory beats of “Membresi ekl” and “For varden pikre” for peak hours on the floor. Six artists can be found on remix duties, rising abover others are Drvg Cvltvre’s fix is in a good old Ra-X style of acidic distortions and intrepid nineties blast from Chris Moss Acid.