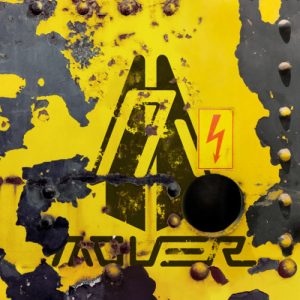 The year 2017 without a release from Marc Trauner aka Marc Acardipane would have been utterly disappointing, because under his guidance the significance of 2017 for Planet Core Productions brotherhood was spelled out already decades ago when German hardcore was born in Frankfurt area. Now Trauner’s double pack under The Mover moniker has landed on Berlin’s Killekill sublabel Boidae, in association with the artist’s Planet Phuture platform.

As the album title says, instead of new material the celebrations take place with remastered versions of The Mover’s finest moments, collected from the artist’s golden era from the 1991 debut “Frontal Sickness Part 1” up to the album “Frontal Frustration” that came out on Tresor fifteen years ago.

The Mover’s sound clings to PCP’s rough, bass-heavy and distorted style but is less tumultuous than several other aliases like Terrorists, Turbulence, T-Bone Castro or Mescalinum United. From the last-mentioned, seminal “We Have Arrived” is included next to other absolute classics like “Nightflight (Nonstop 2 Kaos)” or “Final Sickness”.

With “Selected Classics”, an essential piece of hardcore industry has been revitalised, to recall the very beginnings of European hardcore and gabber, and crude industrial tracks with occasional breakbeats and hoover blasts are worth (re)discovering. Only one or two unreleased or much sought-after tracks from Trauner’s early years would have made the selection even better.