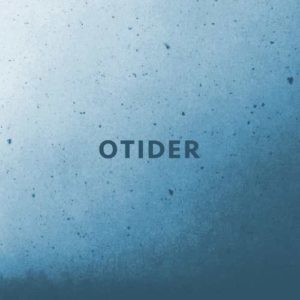 Hannes Stenström is one half of Shxcxchcxsh (could be as well Shxcsxshsxs, never learned it) and makes the album debut as SSTROM, released on the duo’s home label Rösten. “Otider”, which translates like ‘non-times’, follows the artist’s EPs on the same label and Semantica and immediately finds a place in the very top of techno’s long formats. The Swede’s nuanced work avoids techno’s current stereotypes and is bravely flirting with atmospheric heritage of electronic music.

The first tracks are sounding like Harthouse coming back. Melancholic arpeggios are supplying helium for “Väktaren” and “Damm”, the latter offering a bird’s-eye view on the mental detox facility for the EDM nation. It’s like magic whispers telling ‘this track would show the way to good music and to a better life’. Then “I Huvudet” would match Louis Guilliaume’s compressor funk, before the travel continues on air-cushion dub vehicles “Kronofobi” and “Vinden”.

The sea is serene at the Capri Beach if to believe “Modernisten” that wanders from maritime scenery into an indie club. Everyone can guess what is the basis for stomping and swerving “Baslinjen”, while “Svävaren” emerges from an abandoned farmhouse, cocooned in spider webs, to seek the sunrays in old apple garden. “Tornet” reproduces Mediterranean party nights, again with trancy arpeggios, which remind of Eduardo de la Calle’s excellent “Quasi-Calligraphic 09”, before broken beats are saying good night in “Sov Nu”.

Even when the title may refer to tumultous present days, the album is an utterly positive techno soundtrack for the summer of 2018.