In my first post of 2019, I return to recent past for a moment. In terms of music, I often feel paralysed in December – being exposed to Christmas evergreens is not the reason, but just the regular year-end rush. During the high season in publishing business, including music, huge numbers of new releases are aiming at Santa’s bag and simultaneously pageants for the year’s most liked releases are filling the bandwidth. I understand the value of rankings for artists and labels who can enjoy another bit of deserved recognition, but from my own experience I know how difficult the choice of annual favourites is. I missed this part again, especially when my virtual mate Pattern Burst did a perfect job about the movers and shakers I can mostly agree with.

Obviously, in the middle of list mania there is a risk of missing vital new material appearing to the market just before the holidays, especially when a few much-anticipated releases tend to steal the show. Among long formats, Elecktroids reissue and E.R.P.’s debut album were much-talked about, but let’s have a look at some other notable releases. 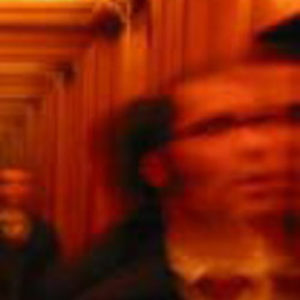 Eleven tracks that are not an actual album, but a free download at https://www.dropbox.com/sh/gkoa1c5b80m2h97/AADXU4yyK8NGorlKXAcFkv8ha?dl=0, provided by the US artist Chris Roman aka 214. He doesn’t need to remind about his artistic existence with freebies, bearing in mind that 214’s EP on Klakson was one of electro highlights in 2018 and his works appeared on top-notch compilations by Cultivated Electronics and Monotone. However, this Dropbox release is a kind gesture and provides further evidence about the artist’s abilities.

“Xmas 2018 Free Deep Dives” is mostly about ‘chill tunes’, of which some are twinning with Plant43’s paysages of persuasive beauty. For post-rainfall moments in the nature, “Acid Moss” and “Arrival” are good companions and “Field Studies” or “The Silent Season” are offering a rest on cushions of harmony. Other fine tunes are dubby floater “Morning Visitors” and “Long Second Wristwatch” with an ambient chip implant. But the download pack is not limited to tranquil excursions, when jit fever hits in “Break Before The Dark” and “Rump Up”. While I was enjoying all this electronic abundance, I just thought how lovely it would sound on vinyl. 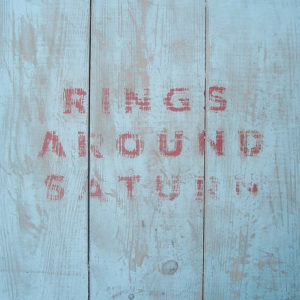 Rory McPike has the honour of the first album on Brokntoys. Under Dan White moniker, the artist from Melbourne, Australia already released an appealing EP (“Digital Physics”) for the London label and with the self-titled LP by the Rings Around Saturn project, McPike rounded up Brokntoys’ very prolific year.

The album is a mixture of electro, IDM and ambient, the overall tranquil tone pepped up with a few sharp-edged tracks. “Saturnine” opens the game with gentle synth chords for a carefree world, before coarse robotics of “Pulp Tech” takes over and further tremors are emitted from the ground with groovy electro “Apocalypse Lite”. From the rougher side comes “Event Strike”, a visitor from the techno branch and “Online Spectre” reminds of Aphex Twin’s IDM haunts. The ambient beauty of “World Interior” and “Mirage” is just stunning and glimmering layers of the beatless “Non Place” would pair with Tahnja’s compositions.

In 2019, Brokntoys is not taking any rest when “False Endings“, a mini comp with Marco Bernardi, Vertical67, Exhausted Modern and the debutant Robert Valera, has been announced for January. 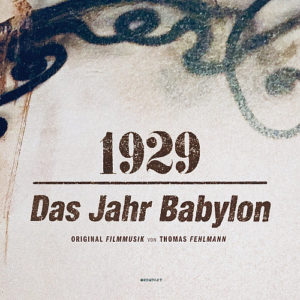 After Christmas, instead of music listening I spent hours to watch German TV series “Babylon Berlin” and have to admit my addiction to this masterpiece, mixing crime, sex and politics of the Weimarer Republik. Gereon Rath und Charlotte Ritter are great characters and the theme song “Zu Asche zu Staub“, performed by Severija Janušauskaitė, has been ringing in my head for a while.

Thomas Fehlmann didn’t write the score for the TV series, but for “1929 – Das Jahr Babylon”, a documentary by the German director Volker Heise about the fateful year 1929. The atmosphere of that era has been captured in Fehlmann’s trippy repetitions – hope and despair from smoke filled cafes, sleazy nightclubs or commuter trains, mixed with coal smell, body fluids and morphine. “Chapter D” with ‘dark main’ and ‘main’ versions is a tribute to Berlin’s industrial areas and it “Chapter M (cosmic)” unveils the mystery of distant spheres in the space. “Chapter D (swing)” for great outdoors at the lake restaurant, while “Chapter M (mellow)” sends greetings with merry singing chaps.

Fehlmann himself is a historical phenomenon: once a member of Palais Schaumburg and above all The Orb, the Swiss-born ‘Wahlberliner’ has belonged to seasoned electronic musicians for a while, but has remained young at heart. In 2018, he was very much in the business, releasing before the soundtrack a collab with Terrence Dixon on Tresor and “Los Lagos”, a solo album on Kompakt.