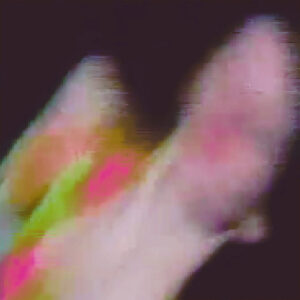 Tresor is a phenomenon of our time. Instead of leaning back and enjoying reissue royalties of its gigantic back catalogue, the label from Berlin keeps going with an impressive repertoire. It would be wrong to assume that ‘ah, Tresor again, we know’ because with a skilful A&R work they only rarely are overshadowed by their own past.

David Sumner aka Function is a phenomenon as well. An artist from Synewave’s early years and an operative of the late Sandwell District (SD) collective, he has been in a driver’s seat of techno’s deployment since the end of 1990s. After dark-toned and unimpressive collab with Vatican Shadow on Hospital Productions, the original New Yorker has now ventured to a new album production that adds another success story to Tresor’s catalogue.

“Existenz” is an ambitious, diverse body of work and enjoyable during entire playtime of almost two hours. Hard techno faction will be in a way disappointed but in an array of genres from both sides of techno and house, even some lazy breakbeats can be spotted (“No Etiendes”). The album’s first half offers pristine synth studies (“Sagittarius A”, “The Approach”) and crisp intelligent techno of B12 and ART kind (“Pleasure Discipline”, “Distant Paradise”). From the deep house side we find blissful “Growth Cycle” and “Be”, both involving Robert Owens and his master’s vocals.

Strobe light mode is switched on with “Zahlensender” a cryptic shamanism with counting numbers in Finnish. Expected are some SD legacy themes (“Ertrinken”, “Don’t Ask, Don’t Tell”, “Vampir”), while “Golden Dawn” is a explosive cocktail of Purpose Maker rhythms and Octave One strings, reminding that Function was for SD on remix duties for “I Believe”. The producer also offers a close-up of synthetic tissues (“Nylon Mood”) and freaky drones (“Alphabet City”). After all that, two tunes are really special: undulating dub mechanics “Interdimensional Interferenc” and for the end, house anthem “Downtown 161” with over 11 minutes of crowd control.