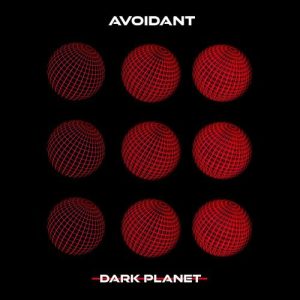 Whoever does A&R for Avoidant Records, he or she should get a medal for attracting an impressive lineup to the label’s new compilation. In the era of electro’s omnipresence, finding a good mix of artists and tracks may not be always an easy task, but it’s well accomplished here.

Speaking of the vinyl sampler, it features four outstanding artists, two of them hailing from Detroit. DJ Godfather, who recently announced another massive set of 46 new tracks, doesn’t unpack ghetto beats this time and instead explores robust foundations of techno bass in the home town tribute “It’s Only Detroit”. Another Detroiter, Blaktony (Aux 88, Scan 7), hits with “Produkt”, a ravishing rush hour tool, driven by steely synth riff. While “One Direct Line” by The Exaltics prefers safe and tested formulas, things take a surprising turn in “Just You”, where Flug drops a theatrical performance of an electro song in New Romantic way, acting like a melancholic robot on stage.

But the fun doesn’t end here, as you can grab the entire 16-track digital compilation with tracks by Assembler Code, Steve Allman, Lord Of The Isles, Co-Accused and many others, brought to the people by the electro offshoot of Glasgow’s veteran Soma Records. The digital version will be published on 22 November, the vinyl sampler to follow in early 2022.