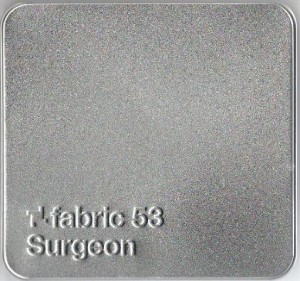 Buying a DJ mix on CD sounds pretty moronic when the web offers zillions on podcasts for free. An exception can be made if both the form and content offer good vibes, like here. Metal-case release belongs to the series launched by the London club Fabric in 2001 and current mix session comes from Birmingham’s techno don Surgeon who kicks off with a field recording in the Tokyo underground. What follows is a patchwork of drums and loops that is sewn together with almost imperceivable borders between the tracks. It’s more sound processing than a mix and in accordance with the metallic outfit.

The CD is like autumn weather in Estonia, changeable. The man himself has thrown in several own tracks (“Klonk” is good) and techno faction is represented by Luke Slater, Ritzi Lee, Robert Hood and others. Marco Bernardi’s “Giro”, remixed by Iberian duo Exium, makes you fly and from the bass-dubstep and UK garage camp Scuba, Instra:mental and Starkey catch the ear. Darker tones are brought in by James Ruskin and Mark Broom (“Hostage”) and inquisitorial Ancient Methods. Russ Gabriel (“El Juan”) comes with a bright, latino-flavoured Detroit track and DJ Overdose (“What”) with ecologically tested electro.

Surgeon performs a successful operation, but even a better one is his Wax Treatment mix from the spring 2010.