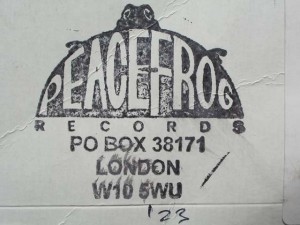 Those who have been waiting for the represses of DBX EPs feel the world being a better place now. Their purses might not necessarily agree, but undeniably the 20th anniversary of the UK label Peacefrog brought along a number of excellent limited editions.

All-time classic “Losing Control EP” may rest in the shelf for the next special listening, and let’s focus on the remixes of the title track, reworked by Detroit triumvirate in their own distinctive styles shortly after the original record came out in 1994.

Planet E man Carl Craig could not resist to add claps and some tension-fuelling breaks to his filtered version, when squeezing out the best from the machines to create a floor-friendly cut. Robert Hood kept the vocal sample on repeat and sped-up the track in a vein of “Minimal Nation”, initially out also in 1994. Richie Hawtin’s drop-dead serious remix expressed his mid-90’s metronomic sound, with any emotions stripped away.

“Losing Control” remains a classic record, but after years of heavy rotation in numerous DJ mixes and compilations, the remixes might not sound so appealing anymore. Today I would rather listen what could be extracted from the “Spock’s Brain”.