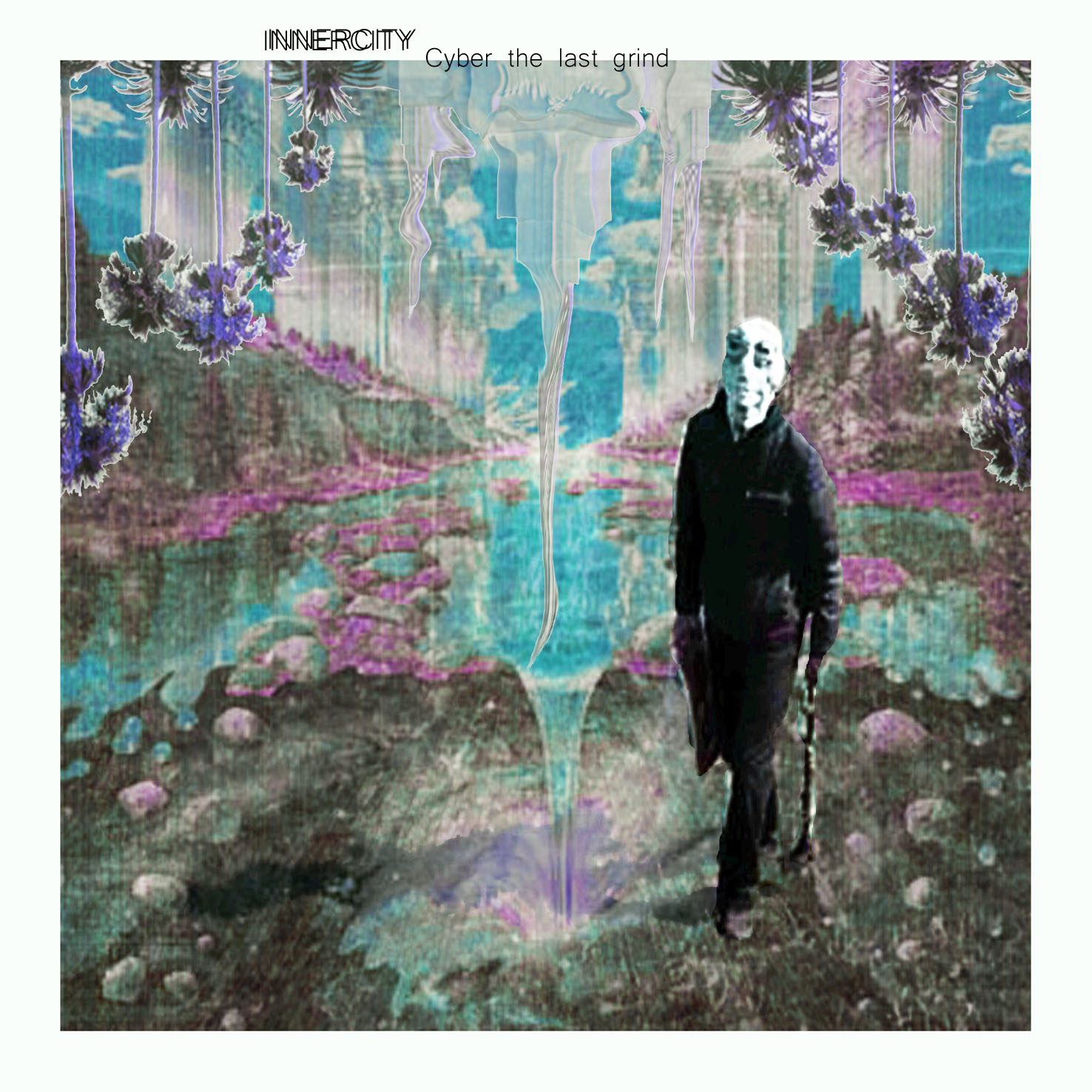 After being enthused about Innercity’s seven-inch on NNA Tapes, a message by the artist announcing a free album full of electronic psychedelia raised new expectations. “Cyber The Last Grind”, a compilation of Hans Dens’ recordings from 2009 to 2011, is a maze of nonconformist sound experiments under the veil of obscurity, by Belgium’s own specialist of cathedral music.
Apart from mindblowing mini-hit “Dada Les Apocalypses” a number of tracks on the fringes on electronic music are found here. Like “Birthriver”, hardcore polka coated in gentle distortion and compelling hum, or “Simulation: Untitled 2”, where illegal lab experiments are conducted with smoke and steam surrounding the protagonists.
An addictive loop swathed into smudginess and eerie vocal samples accompany a long procession of the damned in “Prisoners Of Memory”. Innercity’s skills to produce ambient drones with dark floor potential are exemplified in a beastly song “The Drones Of Babalon”, while “Grind At Heart” and “Exosimula” delve into nebulae of subconsciousness.