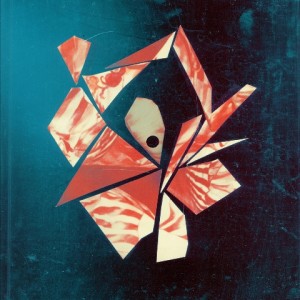 When Digitalis announced upfront digital single to the album, I thought Paco Sala is a moustached electronics explorer from New Mexico. In fact it’s a solo project by Antony Harrison AKA Konntinent, who now presents his first Paco longplayer. He’s not alone as the vocal part is done by eloquent singer Leyli, adding fragile touch to the complex sound arrangements.
The album opens in fine manner with “Dumb Truths”, a mosaic of melodic synth stabs, whispering voices and percussive claps. Already known from the single, „Gifts Of The Bloom“ features Leyli’s French-style murmuring on compelling melody, which would predict a longer lifetime for this mini-hit. In the same league are “Spiral” and also “Tre’s Future First”, both feeling the warm embrace of Leyli’s vocal talent, but contrasting musical language is spoken in whirlwind intermezzo “Rosa × damascena” or in “Blank Legend”, a throbbing ode to confusion.
Though, during home listening I had to push myself through the last tracks of the B-side. It might be that Paco Sala’s expressive compositions work better in immediate contact with the audience. I could envisage live performances in intimate art clubs, with bohemian crowds enjoying synthetic sound poetry.