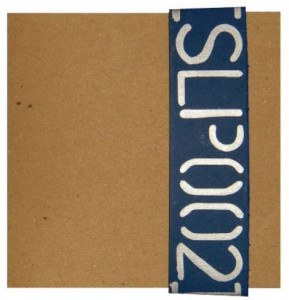 A new noise and experimental project on the Manchester label Slip Discs. “Crystals Are Always Forming” is the debut of Leo Abrahams and Oliver Coates who have ventured on the cohabitation of cello and electronics. Eleven compositions totaling about 33 minutes witness a range of slow and stretched drones hovering between electronic noise and mistuned acoustic instrumentation.
Numbered in Roman format from “I” to “XI”, mostly three-minute cuts address the public fond of static sound experiments with the suspense seething beneath.
Experimental is a tight market and largely saturated, meaning that extracting the last from the soft/hardware does not necessarily guarantee success. Abrahams and Coates, in turn, have not worked for the sake of experimentation and despite of high degree of sound disorder “Crystals Are Always Forming” contains harmonic bits for balanced overall impression.
The tracks span from igniting electronic rumble (“I”, “II”) to attested minimalism (“III”, “VIII”). Droplets of percussion emerge like from a leaking cistern in “IV” and impressively dramatic “VI” makes to think what is hidden behind the gates of an hill-top Scottish castle. Electronics has the upper hand and cello is rather in also-starring role, at least considering the modus operandi of ordinary cello. Abstract electronic elements prevail, except in “V” where the supremacy of the cacophonous string instrument is driven by shimmering drone. Concluding cuts palpate the borderline of third-ear experience in the release which comes as cardboard-packaged CD in an edition of 200.