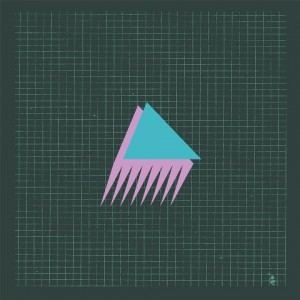 “Tunnels” would not be a stranger in a living room where the father-in-law proudly demonstrates a worn-out copy of Tangerine Dream and, with a sad note in his voice, recalls bygone times. To cheer him up and add some Christmas touch to the atmosphere, just give a spin to the recent album on Digitalis.
Despite of running a roster of lesser known artists the label from Tulsa does nothing accidental. With “Tunnels” they continue explorations in the vastness of synth-based music with a new artist from Kansas City.
Behind Discoverer is Brandon Knocke who admits the passion for former times, going back to the 1980s electric funk hooks and slo-mo version of disco. Discoverer mostly paints smooth sonic pictures, starting with soft touches in “Circular Motherboard”, flickering like vintage neon lights. “Amputee” is the closest to Ricardo Donoso’s output, a vocoded piece of mounting synth riffs flying over the Andes while “Tunnels” is a euphoric cascade of synth pads assisted by drum machine. “Lesbian Software” floats on the waves of sultriness and “Blood Lab” is in the sentimental search for distant times and places.
“Tunnels” is an album having healing effect like aloe vera but calling it easy listening would do injustice to the eight-track LP. Minimalistic but spectacular sleeve design comes as a bonus.