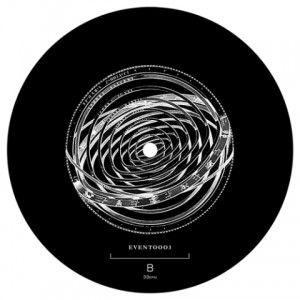 Chronicle is a rather new sub-label of the US imprint Thema focusing on more stripped-down fare, or “heavy hard grooves” as they put it. Already the debut release, “The Return” by Detroit’s own Terrence Dixon aka Population One, sent a strong message about the ambitions of the label. After the Japanese producer Imugem Orihasam Chronicle’s third installment comes now from Sweden’s Staffan Linzatti.
Although Linzatti is not blazing any new trails in the contemporary techno, his courage to backtrack the foundations of looped techno should be acknowledged. Because this EP could easily stem from Axis or M-Plant catalog of the 1990s, if we only take the title track “The Confirmer”, driven by looped strings, or relentlessly bleeping drum swirl “Another Welcome”, which is obviously sighting something in the sky. “Before” and “Response” are two sci-fi minded interludes while “Finite And Precious” recalls the days when Ian Pooley recorded under the Silvershower guise for Plus 8.
In an interview for RA, the label head Lenny Posso mentioned that new stuff by Samuli Kemppi, Donor/Truss and Aiken is in the pipeline for the label deserving close attention.