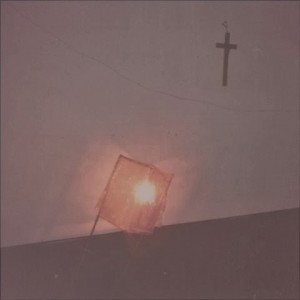 Semantica’s magnetizing effect on the international techno community has been reflected with the releases by virtually dozens of acclaimed artists. Many of them where part of the pack in Svreca‘s mix-CDr “For Your Eyes Only”, initially out as a limited run of 50 pieces and reissued later. Under the Christmas the mix exclusives by eight artists were revisited on two slabs of vinyl.
The first sampler starts and ends inside convent walls, when James Ruskin steps in with a droned-out and toxic remix of Svreca : Skirt‘s “Hymen” and the finale is proclaimed by the Madrid label’s head with a field recording from Konvent Cal Rosal (Berguedá) in Barcelona. In between Oscar Mulero‘s lax techno cut reaches back to bells in “Inside The Outside” while Japan’s DJ Nobu roams the pitch with hazy stepping abstractions in “Sway”.
The second sampler (60.2) keeps the upper hand in comparison, launched by analog engineers Orphx with air-splitting stabs and masked brutality in “Fault Line”, followed by Yuka, a Siberian-born artist from Moscow, running to the light from a metropolitan blackout in “Savdi Lim”. First tones of “S07” by Spanish producer Tadeo sound like “Astralleib” by Gagarin Kongress, before it embarks on an orbital reconnaissance mission, fuelled by hum and bells. Svreca’s tripping edit of Grischa Lichtenberger‘s 2011 track “Remel Plus” is definitely the most airborne of the selection.