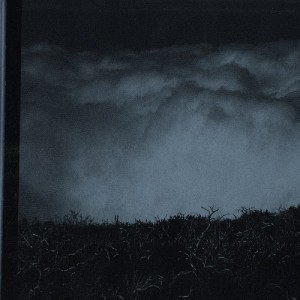 Let us start with the obvious: Techno history is unthinkable without Tresor, the club and the label, and both are more than two decades after the inception still up and running. Sometimes the label looks like a heritage preservation society, if to think about Drexciya and Transllusion reruns that always generate worldwide acclaim.

However, Tresor has not neglected the label’s initial task to try the pulse of techno community and after adding this year Marcelus and Zenker Brothers to the roster, now Jonas Kopp has dropped his debut album and accompanying EP on the Berlin label.

Producing and DJing since he was 19 years old, Kopp could be described as a wunderkind of South American techno who has extended his global reach to the renowned labels Stroboscopic Artefacts, CLR, Curle and many more. Along with the Manchester duo AnD, Kopp had the honour of first release on Krill Music, a label from his native Buenos Aires.

The Argentinian, a regular DJ at the Tresor Club, has well succeeded with the long format “Beyond The Hypnosis”. It is more diverse and exciting than I expected after dauntless dance tools of the “Red Plented EP”. The first impression of the album is that hypnosis should not be regarded as a catchword in the title because Kopp really keeps the listener awake and concentrated throughout the album.

In the vinyl version, the sluggish yet bass laden opener “Ironcry” emerges from thick mist while “Voice In My Head (Dub)” resists the gravity when tapping on the shoulder of Purpose Maker spaceman.

For more serious floor action, take “Planet MU” and “Seven”. What really matter here are the warm melodic chords in “Circe”, for me a surprising highlight showing Kopp’s tranquil side, while a different kind of hypnosis arrives with celestial dark substance in “Tau Ceti”. After dubbed out calm loops and blossoming pads in “Alpheratz”, lean back to intercept ambient signals of “528 Hz”.

Remaining within the techno structures, the album’s main quality lies in variations found across eight vinyl and twelve CD tracks.