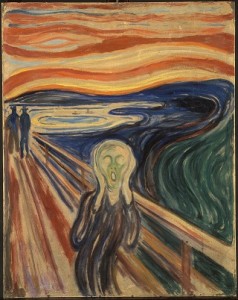 This week it was Loefah all over the place when the UK dubstepper’s long-lost „Midnight / Woman“ got finally a limited-edition release on Berceuse Heroique (BH). It took the blink of an eye the twelve to evaporate from the stocks of selected retailers – Honest Jon’s and Idle Hands. The public outrage was immense and self-justice against the label was in the air.

On top of that, a new dude hiding behind the Discogs username ’tyler00o’ offered that slab of vinyl for a 39-digit pound price. By the way, it is not listed anymore which adds more fuel to conspiracy and concept stories.

After listening to the vinyl rips on Youtube, I find “Midnight” pretty classy while “Woman” is nothing special – though it says someone who has been only remotely into dubstep. The grapes may be sour because I failed to grab planned 10 copies of the record, which ruined my plan to acquire finally that sleek yacht from Abramovich.

The question is if it was a rip-off mission or just ordinary publishing policy? Several items in BH catalogue have been limited to 300 pieces and meant to be never repressed – time will tell if they stick to that, especially when a number of downloads is available in Hard Wax. In my view doing of Loefah 300 pieces, and not as one-off bootlegging nonsense, was in line with label’s approach and the hype created around the rare material was mainly self-fulfilling prophecy along the lines ‘best-dubstep-ever’.

Although not a bad record, it cannot be so superior to many other excellent releases hitting the crates. When Messi is worth 100 million pounds it does not mean he is 25 times better player than his Barca teammate Sandro Ramirez.

Limited editions are part of the music publishing ‘business’ and it is not a drama missing one or other release. Some people making a quick buck with them is an unpleasant side-effect which is in a large extent facilitated by the Internet marketplaces but this is another story,

PS: Yet unconfirmed but BH is told to have recovered a dubstep version of Edvard Munch’s “The Scream”, a run of one copy is expected on December 29. Available in a Tesco branch, the exact location yet unknown.