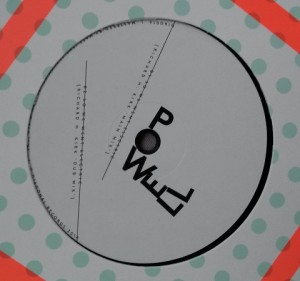 Powell and Diagonal have been hitting the high spots with a new breed of body music, and for the year-end invited two exceptional artists, Ancient Methods and Richard H Kirk to the game to rework “Club Music”.

Starting with the A: We have not seen any follow-up to “Seventh Sign”, so far the last Ancient Methods release on the self-titled label but the artist has been quite busy recently. “Ohne Hände”, a joint EP with Black Egg, came out on aufnahme + wiedergabe, and last January Eschaton, a collab with Orphx, was set up for a debut on Token.

However, in 2014 the knight of pitch-black-techno-war-funk focused mostly on remixes and became somehow predictable, despite of purveying that thrilling and provoking sound the audience loves it for. Somehow predictable – until the remixes of Powell’s much-acclaimed single. Actually, already the “Pogo Im Säurebad Plural Mix” of “Ohne Hände” hinted a new direction and with Diagonal release, the Berlin act enters the next level.

Ancient Methods rides out to the wilderness, equipped with vintage EBM and ver. 2.0 industrial, an explosive mixture for two crazy cuts. Actually, a track “Club Music” does not exist and both remixes are the amalgamation of Ancient Methods sound with the EPs original content, i.e. “So We Went Electric”, “No U Turn” and “Maniac”.

On the B-side, Richard H Kirk feels lesser urge for moshing, when serving two interpretations of “So We Went Electric”. The undulating main mix aims at 4:00 am session in the steamy hull of a rave ship and the dub mix is the most stripped-down of the lot, the sequences fading out and in repeatedly, like running on low batteries.

In 2014, I could hardly think of any better remix package than that.