Found among old papers, DATA was a techno/rave newsletter published in Tampere (FI) in 1992. The first page told what’s happening inside the brain of Mr Kirk, a techno DJ and party promoter who listed current top singles and LPs. It also announced “From The Edge Of Nowhere”, a Finnish techno compilation, that was issued under another name in 1993. A number of upcoming raves, including Mayday III, and shops offering ‘smart nutrient products’ were featured too. 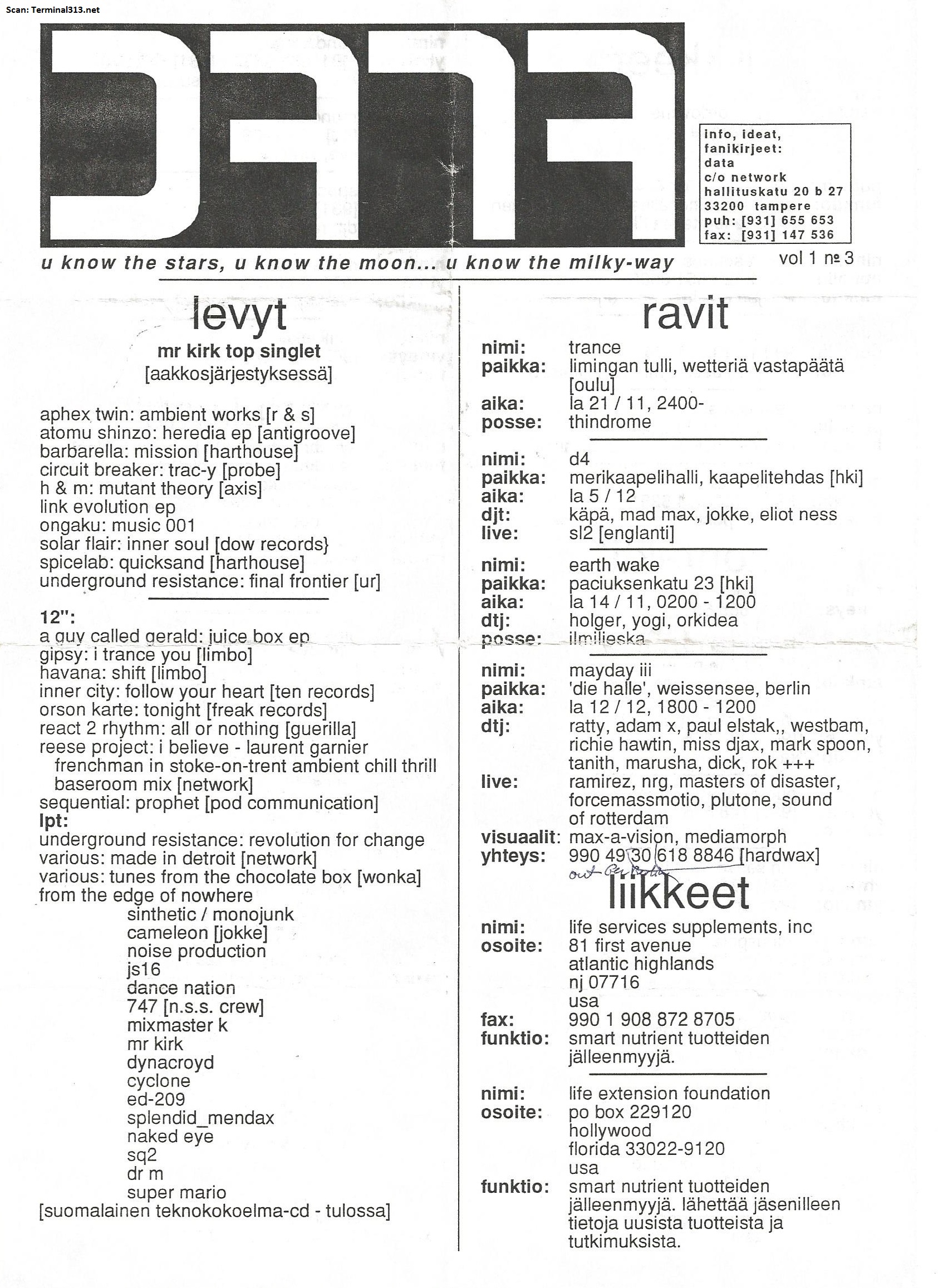 The second pages continues with shops and lists a number of contacts, including Monojunk [Mono Junk], that time reachable on the phone [90] 754 1209, and Metal Bass Organisation, a posse behind the unforgettable The Temple rave in Helsinki in November 1992. 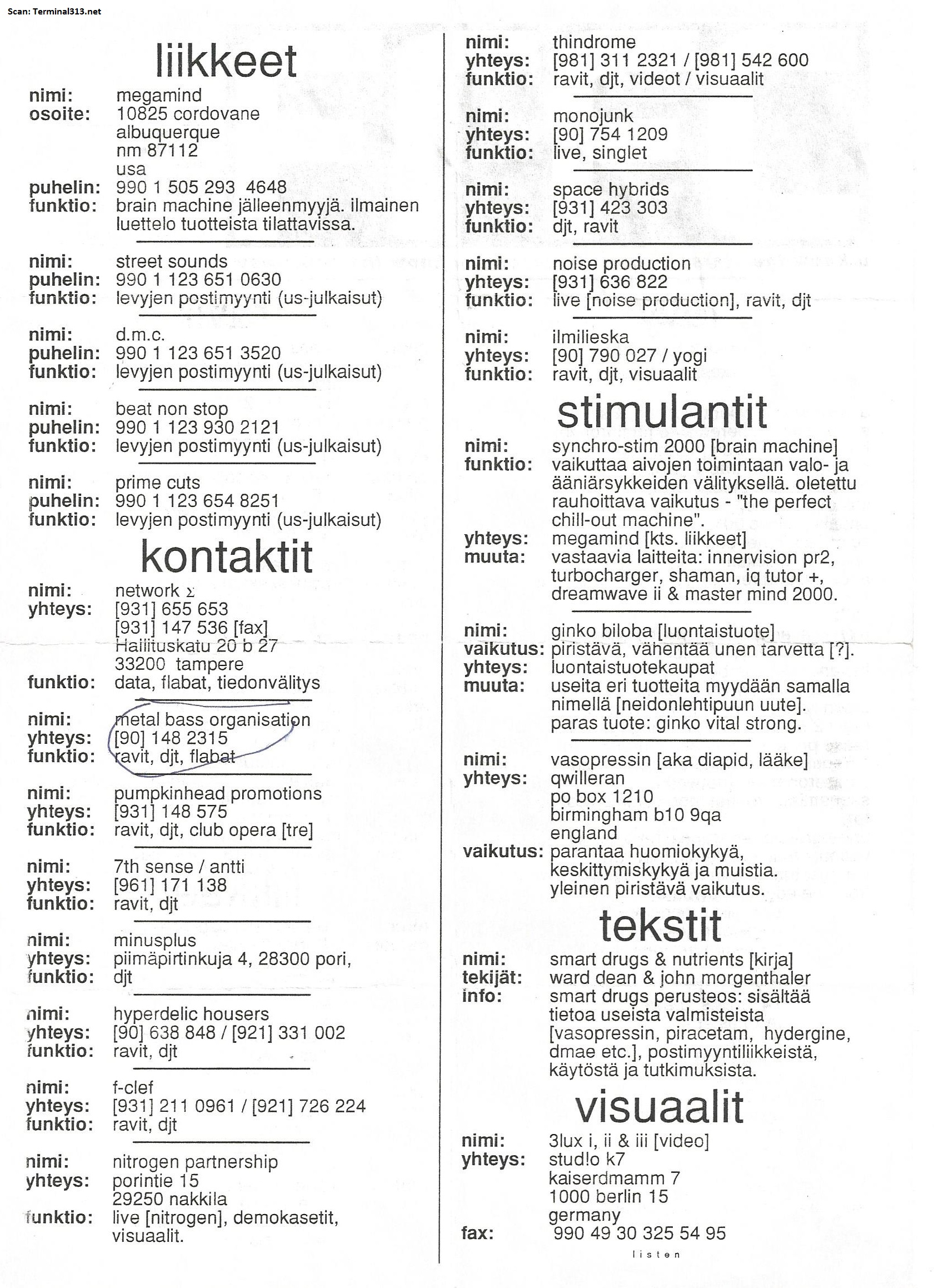 A track from this era:
Mono Junk “Holy Detroit”, from the “Beyond The Darkness EP” (Dum Records, 1992)