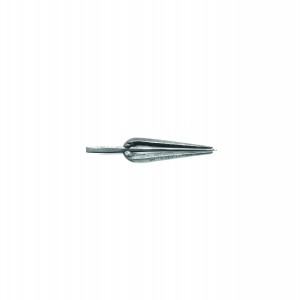 Yambo, the main character in Umberto Eco’s novel “The Mysterious Flame of Queen Loana”, returns to the childhood home for a memory recovery. For getting cured, he is browsing childhood memorabilia – books, magazines, vinyl records, thus delving into the popular culture from the beginning of the 1930s.

Leaving aside the memory loss, there are some parallels between the novel and “The Loud Silence”, a new experimental album by the Eco’s fellow countryman Donato Dozzy. After the sessions at his parents’ house in the Italian countryside, Dozzy unleashes the potential of an ultimately hypnotic device, a predecessor of all 303s and 707s – the mouth harp that inspired him as a child.

Mouth harp or Jew’s harp is an indigenous instrument familiar to many nations in Asia or Europe and often used in the world music. Among others, it has also led the Estonian artist Pp Kaubi to produce some ‘dance’ tracks.

The instrument had been luring Dozzy since the childhood, after a holiday in Sicily when Dozzy discovered the ‘marranzano’, or ‘scacciapensieri’. In the new album this affection is transferred to the present day. Already Dozzy’s recent single “Cassandra” on Claque Musique, where “II” is a beatless mouth harp jam, could be seen as a teaser for the album. Now “The Loud Silence” is a personal and inward-looking sound document that merges the ancient instrument with field recordings and electronic effects. According to the label, Dozzy’s LP is recorded indoors and outdoors, half-way up mountains and on the shores of the Mediterranean. When surfing on the sounds, one might imagine Dozzy sitting on the porch or in the shadow of an olive tree, surrounded by humming bees and sweet aromas on the South.

In the opener “Personal Rock” and the title track “The Loud Silence”, mouth harp’s vibrations are in unison with processed voice fragments, which are like run through an antique vocoder. After a flow of minimalist textures, “Cross Panorama” adapts thundering notes and thereafter stumbling offbeat does not leave any doubts of being stuck into “The Net”. “For Arnaud” shows the dance floor drive of its kind, similarly to the seesaw pattern in the “Downhill To The Sea”. “Concert For Sails” is a pixelated field recording from the seaside and the closing track, slithering “Exit The Acropolis”, recalls the best offerings of the 1990s psy-trance tunes.

After the success of “K”, an album which saw even a reissue of gigantic 2000 copies, Dozzy’s return to Seattle’s Further Recordings required something more than only a modification of “K”. “The Loud Silence” is Dozzy’s triumphant artistic break from the club buzz and underlines his exceptional status as a modern electronic composer.