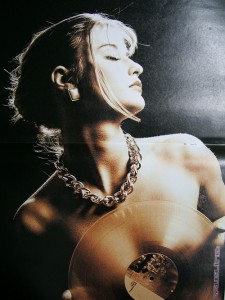 The pressure is mounting for the end-of-the-year lists. It’s not an easy task when every week brings dozens of releases tagged as ‘unmissable’, ‘lethal’, ‘timeless’, and many of them are that, working well either in clubs or at home. The question is, which tracks are real survivors that will be applauded several years later.

Judgement about the music’s lasting effect requires distance in time and space. This is why I selected fifteen survivors from my own collection to uncork well-matured 2005 produce, from the year that stood for the epidemic spread of minimal and emergence of grime/dubstep. But there was a lot more and as you can see, many of the artists and labels listed are still around.

Various – Stalingrad Vol.1 / Vol.2 (Bunker Records)
Pacifist sleeve slogan ‘Der Krieg, der Wahnsinn’ (‘the war, the insanity’) tells that Bunker was not worshipping war and despotism when one of my favourite labels struck with two records of ill-minded electro experiments.

Rhythm & Sound – See Mi Yah (Burial Mix)
A compilation of 7-inches to expand Rhythm & Sound’s already immense footprint. Genuine magic for being in lost in the warm waves of dub.

Sleeparchive – Research EP (Sleeparchive)
At the beginning of the new century, Roger Semsroth was known for his synth pop project Skanfrom, but a new phase started as Sleeparchive in 2004. Hardly concealing his admiration of the Sähkö clan, Sleeparchive put out a string of real minimalist techno releases.

I.B.M. – Kill Bill (Interdimensional Transmissions)
“Kill Bill” was Jamal Moss’ debut on the Ann Arbor label, ten years later he handed over his lost tapes for an impressive compilation of the material he possessed already in 2005.

Oasis – Oasis Collaborating (FXHE)
FXHE Records was the provocative new thing coming out of Detroit and by 2005 the label owner Omar S. could boast a number of raw tech-funk releases. For Oasis, he teamed up with Shadow Ray.

Kraftwerk – Minimum-Maximum (EMI)
After a concert tour, the Soundtüftlers from Düsseldorf compiled live cuts from various venues like Riga, Tallinn, Berlin, Moscow, etc. to a double CD, containing both classics and newer material.

Rutherford – Cessna (KONDI)
Released when Danish electro label KONDI was in full blossom, Rutherford’s EP showed the qualities of the producer from Gothenburg.

Donnacha Costello – Cocoa (Minimise)
“Cocoa” concluded the ambitious colour series, which taught us a lot about Costello’s skills of soundwriting between real minimalism and acid. By now, the entire series is available also digitally.

Jichael Mackson – Breitling Orbiter 8 (Phictiv)
Never getting a commercial deal with the watchmaker Breitling, German producer Boris Steffen will be remembered for dubbed out tracks and ultra-long A-side “Tee trinken in braunen Salon”. A release from minimal’s better end.

UR Presents Galaxy 2 Galaxy – A Hitech Jazz Compilation (Submerge/Soundscape)
Underground Resistance’s superband Galaxy 2 Galaxy collected seminal tracks from the 1990s and added some recent ones for a classic Submerge compilation.

Various – Team Young Finland In Spain (Bootysounds Records)
This is an oddball release where samples of a Finnish alcoholic mumbling about rock history are squeezed between quirky acid house, disco and smoother funk. Never heard about the label, nor the artists later.