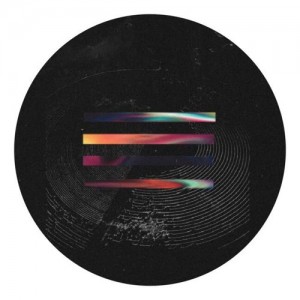 It would be unthinkable to speak about Estonian electronic music without saying a word about Hüpnosaurus (or Hypnosaurus), a project launched by Aivar Tõnso in the beginning of the 1990s and later co-run with Raul Saaremets, nowadays known as Ajukaja. Initially a live act of Tõnso and Railo Pals, Hüpnosaurus became an institution for synthetic sounds in Estonia, throwing impressive live gigs over the years at various locations and performing as a DJ team called Hypnitro Soundsystem.

The musical inspiration tracks back to Tõnso’s early age, when he got interested in electronic sounds and sci-fi fantasies, which all led to experimentations with music-making devices. Even when Tõnso enjoyed the BBC’s shortwave broadcasts of the John Peel Show or Latvian synth wizards Zodiac, Hüpnosaurus was operating in a sort of vacuum, where outside influences were limited – in a country that was locked behind the Iron Curtain that time.

It all lent a real independent, original touch to their productions, especially when the guys had to rely on (Eastern bloc) gear that happened to be available and didn’t have a chance to shop equipment catalogues.

Although Hüpnosaurus has been constantly around and has issued a couple of limited-run compilations on local outlets Ulmeplaadid and Kosmos Control, recent years have brought a revival. It started with a twelve for the Estonian label Porridge Bullet in 2013, followed by a compilation of 1991 and 1992 tracks and the next one came out on the Ukrainian imprint Wicked Bass, presenting Hüpnosaurus’s creations for the floor in a four-tracker “Where Am I?”

This is not the type of dance music you are used to, tells the opener “Muru”, a solid hardware jam with lush synth orchestration, which gets thereafter a monotone steel-brushed fix by L.I.E.S. bad boy Bookworms. In “Always In ‘N’ Out”, snare drums open the game, pairing with keyboard magic transmitted from dusty tapes to the present day and “Where Am I?” would stand the test with early material on Planet E.