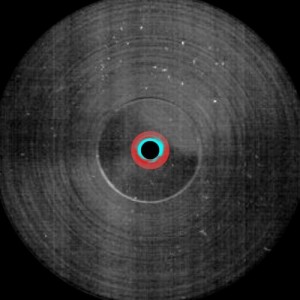 Although young Bremen-based artist Qnete missed the train to the “Grey City”, a showcase of local electronic and experimental artists on ZCKR Records, his redemption comes in great manner with the one-sided single “Grey City Anthem” on the same label. A producer acclaimed for the releases on his co-owned Drowned Records and Lobster Theremin, Qnete operates on home turf with an electro monster spanning over 11 minutes. After a proper start with seismic bass and sturdy 808 sequences, another twist is added by acidic flashes closer to the mid-track up to the glorious end. For fans of Gesloten Cirkel, Privacy and the earlier Cologne school around Khan, Jammin’ Unit and pals.

Qnete kindly agreed to answer some questions by Terminal 313 and told about himself, musical influences, current favourite artists and future plans.

There is not much known about the artist Qnete. How do you introduce yourself?
Oh, thats hard to do in short. I’m okay with people knowing some things about me, I don’t play an anonymity game or something. It’s just that nobody asked until now. I’m Marvin and I live in Bremen for three years now. I really like music and DJing, minor 7 chords, throwing parties, getting lost in talk with friends about tracks and Nietzsche. Apart from that I like typography, drawing (but only if my mood is very right for this), colored socks and poetically incorrect jokes. My favourite color is somewhere between green and blue.

Your artist name Qnete reminds of ‘Knete’ – is there a connection or how did you decide for the alias?
When I moved to Bremen three years ago I was asked to play my first gig here. I did not have a DJ name at that time, but the guys who did the party needed a name to put on the flyer. My flatmate came into my room and we thought of possible (and temporary) names for me. Yes, it ended with Qnete, coming from ‘Knete’ (‘plasticine’) with a Q instead of K. I thought this was just temporary, but I created a Soundcloud account a week later, so I had to stick to the name in the end. It’s quite funny for me that English-speaking people pronounce it in a way I never imagined.

What are your first electronic music memories: Kraftwerk from an early age, The Prodigy on MTV or something else?
I didn’t actively listen to the electronic music until I was 16 or so. In fact, I did not actively search for music at all. I was more into computer games. I did know The Prodigy, but never really listened to them. A good friend, who is now my flatmate and who decided for the name Qnete as well, showed my some stuff from the Ed Banger realm (am I allowed to say this?) and I learnt that Justice was using Ableton for their liveshows. I became pretty interested and got deeper and deeper into it.

Things took off then when I moved to Bremen and started buying records, which meant that I was browsing through various sites on the Internet almost fulltime and soaked up everything I found interesting. And ended up buying “Computerwelt” by Kraftwerk on a flea market finally.

Where do you seek inspiration for your new tracks?
In my current mood. I rarely have a clear picture of what a track shall be like. I sit down at my table and start, plugging in this device here, chaining effects there. Mostly things take off as soon as I find a pad sound I like. Some core ingredients are probably lovesickness and boredom.

Are you listening any music at home and if yes, of what type?
A lot. There is hardly a day where I don’t put records on or mix stuff from my record shelf. Herbie Hancock and Planetary Assault Systems can happen in the same mixing session, just like Arthur Russell, Lil Louis and Greg Beato, followed by Bunker tracks… I also work in a bar where I can listen to records all the time.

Why did you decide for acid-flavoured electro track when writing “Grey City Anthem”?
I bought a MS-20 mini a  year ago. It’s quite fun to play around with it, I get better and better losing control over whats going on in its circuits. When getting it I thought I could imitate a 303 with it. It greatly fails in that task, the filter is much too harsh and I miss the bubbling sounds. That’s why I often stop using it in jams after some time. Not for this track. I kept everything rather simple, no patchings or something. Then some broken 808 beat with that feedback buzzing effect that I use all the time. The last thing was this oddly pathetic melody… And now Helena Hauff is playing that track!

The name is directly related to the “Grey City LP” on ZCKR. Paying hommage to Stig Inge and Adel Akram for an unexpected warm welcome to the city and introducing me to a lot of people. You can read that story on the sleeve of my first record on their label.

Any plans for 2016 you would like to talk about?
There is quite a lot of stuff coming out on different labels. After the “Grey City Anthem” follows a solo EP on our own Drowned Records imprint. The sounds on that EP are quite similarly psychotic as in the “Grey City Anthem”, but more techno orientated with straight kickdrums. We think that it will cause some irritations on dancefloors and you need to ‘be brave’. There will also be a very warm and housy EP (or is it a mini-LP?) on a friend’s label and a follow-up on Lobster Theremin in spring.

Thank you so much for the interview, Marvin!