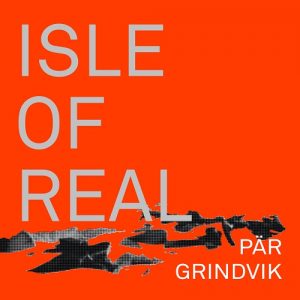 In the era of fast music consumption, when one can shuffle through the track-by-track streaming experience instead of buying a LP, the album format is luckily far from becoming obsolete. It’s still an effort that is meant to reflect the artist’s maturity, to look back to at least a couple of years of production experience.

For Pär Grindvik, the waiting time was even longer, going back to the 1990s when he was in the heart of Swedish techno scene as DJ and record store owner. Preceded by a couple of split releases, Grindvik’s first solo EP “Monuments” came out in 2006 on his own Stockholm LTD imprint. Now after such a long run, the Berlin-based Swede presents a full-length that makes a nod to numerous intelligent techno and Detroit releases of the nineties and in the same Grindvik is determined to find his own path in the maze of electronic tropes.

After compulsory ambient intro (“Never Give In”) we get to the first real treat, the pumping Rob Hood kind of track titled “Headland” where deep and monumental chords remind of “Detroit: One Circle”. Further enjoyable cuts are “The Marlton” with its sweet phaser and flanger effects and “Shine”, built on ethereal IDM textures that remind of L.A. Synthesis.

Dramatic keys of the brief title tune “Isle Of Real” sound promising, but the plot really develops in its twin track “Limits Of Real”. Thereafter “Holy Nothing” and “Shelter” are meant for the everyday DJ use while bleepy stomper “Changes” provides most intense moments.

When looking for a stimulating album, “Isle Of Real” is a good suggestion where the appeal of former days is combined with the expectations of today’s crowd.